Okay, here we go again with the Rooth Version of what's a pretty complicated subject.

Last month, we had a look into diesel fuel pumps, because that's what I was having done for the new motor in Milo 2, so this month we're on to the turbo-charger.

As such, I'd recommend that anyone who spends their life twirling tools should probably go and get a double on the rocks right now. 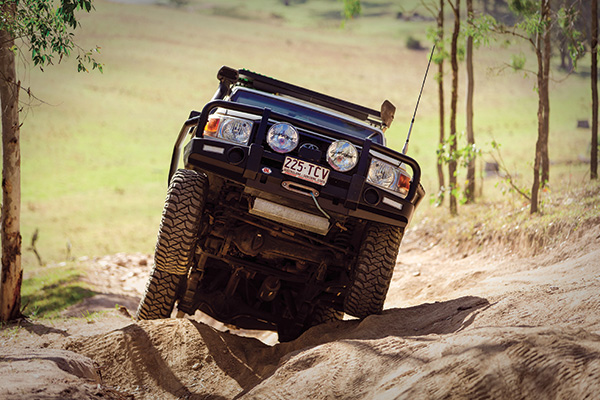 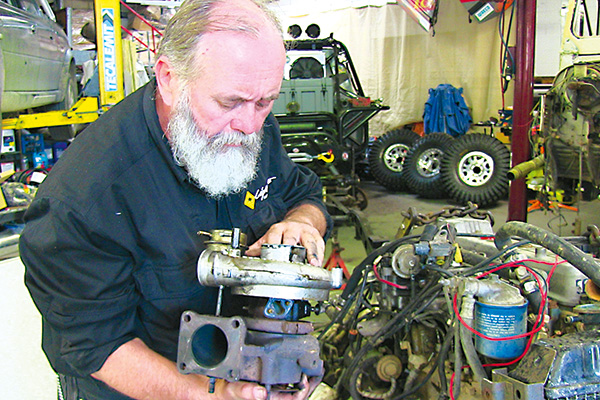 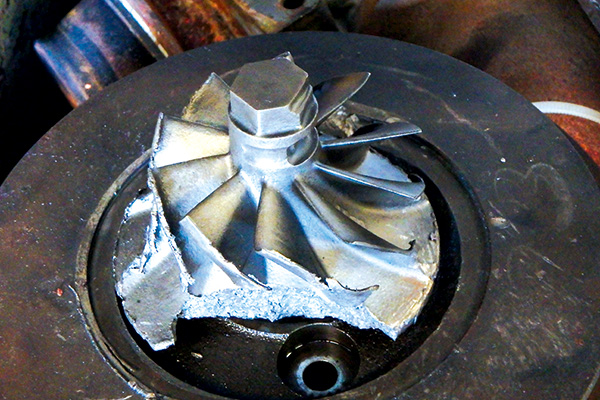 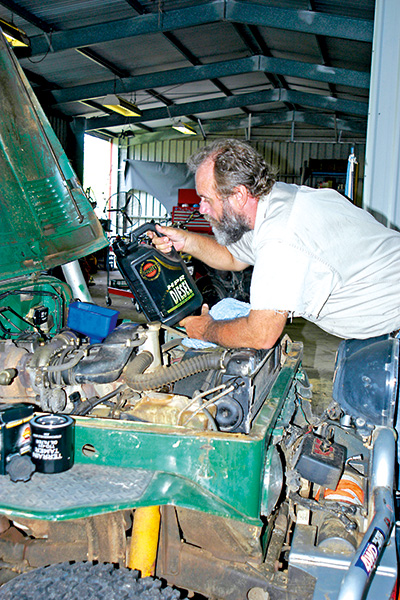 I've never trained as a mechanic or an engineer or a machinist or any of those wonderful trades that feature measurement and precision. So take this with a pinch of salt, from a bloke who flexes the rule of thumb.

Back in 1905, Swiss engineer Alfred Buchi patented the concept of using exhaust gas pressure to drive a fan that pumped air into the intake (which meant heaps more power).

But it was another 20 years before they started tacking turbos on to diesel engines.

And turbos, as any fan of oil burners will tell you, make diesels really go hard!

Metallurgy and lubrication had not advanced enough to cope with the speeds and pressures required in smaller engines though, so the technology was mostly used in big ships and a few stationary motors which used low revving big capacity diesels too.

World War II saw the development of the gas turbine which brought a whole new world of possibilities to building efficient turbo-chargers.

That's because at its simplest, a turbo-charger is a couple of gas turbines on the same shaft.

One end gets spun by the exhaust gases shooting out the manifold, which spins a fan at the other end, forcing air into the intake.

Done right, there's an increase in power and fuel economy, because compressing the air squeezes more ‘oomph’ out of the fuel.

There, how's that for a technical explanation?

Naturally-aspirated diesels nearly always produce a lot less power for the same capacity as a petrol engine and they're heavier, thanks to the need to use components strong enough to handle double the compression.

That gives the old diesels a power-to-weight disadvantage straight away, as anyone who's tried punting an old 1HZ Toyota or 4.2L Nissan up a hill will tell you.

If they get a chance to talk between shifting down gears anyway...

So add a turbo, a relatively light bit of kit, and you punch that power back into the diesel.

In fact when you need power – like climbing that hill with a trailer or van on the back – the first thing you do is open up the throttle, which pumps more fuel into the motor, making it work harder, which forces even more exhaust through the turbo.

It spins harder, you get more air, more power, more torque and that's why almost every manufacturer these days fits a turbo-charger as standard to their diesels.

Technology has advanced so far now, in lubrication, metallurgy, bearings and mass manufacturing, that if you ain't got a 'hair dryer' hanging off your modern oil burner, it's because it fell off.

Diesels and turbos go together like cheese and crackers.

But when you start looking at the heat generated by slowing down exhaust gases and the revolutions these fans spin at – 80,000rpm-plus is easy stuff – you can see how things can crack and turn to cheese pretty quickly if you get it wrong.

The turbo-charger on Milo 2's 12HT is a pretty basic bit of kit, but it still does all that and more and has done for at least the 450,000km on the odometer.

There's no signs of it having been apart and it's leaking a little oil, which indicates those figures are probably right, but also that it needs a freshen at least.

So off I go to MTQ again to see what the deal is.

After a yarn with Mitch, I was lucky enough to get the 'special treatment' again and got to go through to the air-locked super-clean room where resident turbo-charging expert Mark works his magic.

Now, the Handbrake had a totally different version of 'special treatment' reserved for me when I arrived home rather late that night.

Because I'd been so excited by what I saw at MTQ, I had to drop by the Mudflats Hotel and let the lads know, too. And I might have stayed a bit late ...

But for a bush mechanic like me, it's truly extraordinary to see someone use a lathe with the degree of precision Mark exhibited.

What he did was lathe out the chamber in the aluminium air side of the turbo to accept a slightly bigger fan.

This was achieved by using the new fan as a guide for what was essentially a hand tooling job on the lathe.

Mark's done this heaps of times for many years, so he's probably got a natural starting profile anyway, but from then on it's a slow and precise process with constant stops to check that the new chamber mates to the fan.

Clearances are measured in hundredths of thousands of an inch – or whatever the metric version of that is. That's only part of the operation, though.

The shaft has to be measured and checked for wear, the bearings replaced and the whole lot put back together again, so it'll make more power for even longer this time.

For a motor head like me, this kind of stuff is fascinating.

It does keep teaching that same old lesson preached loudly last month though doesn't it?

With components like this performing in super-hot, super-fast environments, suddenly lubrication and cooling – which are closely related – are everything.

Yep, it's all down to quality oils and lots of regular changes with good filters fitted at the same time.

Strangely, this is even more critical for modern diesels that make so much torque from comparatively small capacity motors.

Just last week, the specs for the D Max I was testing indicated 440Nm of torque from its 3L motor and the Isuzu has the biggest donk in the dual cab class.

The Chevy V8 in my old Jag has twice the cubic inches and makes maybe 380Nm on a good day.

There's a whole lot of stomping going on in those turbo-diesels, and heaps of revving too.

My advice for the long haul? Learn to change your own oils and filters.

It's not hard and you'll only make a big black mess of it for the first decade or so (unless you're me and then it'll be a lifetime of spills and splashes). Worth it though.

You can choose your own quality oil rather than letting the mechanic's accountant make that decision for you and the same with the filters, too.

And with the money saved on labour, you can afford to do it as frequently as required, afford to bung in a fresh filter every time and still have something left over for a cleansing ale.

Hang on. That's when the trouble started! I think I'll stop right here.