A dilemma many smaller, successful manufacturers face is whether to expand to reach a wider market or stay as a small operation where it’s easier to maintain quality control.

That’s particularly evident in the camper trailer industry, where manufacturers such as Aussie Swag choose to offer just a handful of finely-tuned camper models.

I was looking over Aussie Swag’s latest version of its Ultra D rear-fold camper trailer and talking with Scott Fernance, who runs the family-owned company with his brother James. 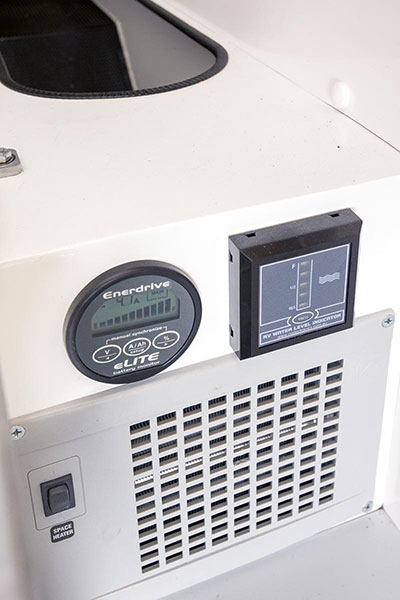 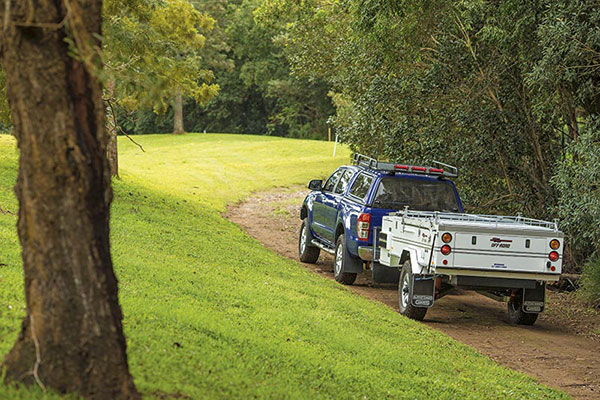 “We reckon we have a couple of quality products we can keep on improving,” Scott said.

That may seem like a conservative approach but, when you’re building a product to survive in the rough and tumble of the Australian outback, it’s not a bad viewpoint.

To have a serious look over the Ultra D, we headed out to the Neurum Creek Bush Retreat, close to the D’Aguilar Highway near Woodford, Qld. There were plenty of places to set up camp for the night, as well as areas to explore.

In its unfolded state, the Ultra D has a purposeful air about it and looks very neat. On the 2200mm drawbar, the twin compartment storage box matches the width of the main trailer body and contains among other things, the slide-out fridge. In front of the storage box are a few other essential items such as the gas cylinders, jerry can holders and a mesh stoneguard and offroad appointments such as the DO35 tow coupling.

If you enjoy camping throughout the year, it’s worth noting the Webasto Thermo Top E that serves as a water and space heater. Aussie Swag has set it up so that it can draw water from an external source. Above the camper body, the rack (which doubles as a floor frame) is strong enough to support a set of Maxtrax, kayaks or even a couple of folding bikes.

The base of the trailer is where the 2030x1420mm innerspring mattress sits on its hinged base. LED reading lights are fitted on either side of the bed and there’s also an LED strip light fitted overhead.

The bed base lifts on gas struts to reveal a storage area underneath – not that it is really necessary, given the ease with which the drawer slides out. That drawer can also be opened from the rear tailgate when the trailer is closed. You’ll also find storage trays on either side of the bed.

There are plenty of electrical items fitted between the end of the bed and the tailgate for camping off the grid, such as the three 105Ah deep-cycle batteries hiding under a hinged lid. In addition, the left-hand panel area is used for a mini switchboard, with 240V mains circuit breakers, 12V switches, 240V and 12V sockets.

On the opposite side are the water tank gauge, battery monitor and heater outlet. Nothing is lacking in this setup. The batteries can be charged by mains supply an Anderson plug and also by a portable 140W Kyocera solar panel. Out of sight but still relevant is the 1600W inverter that supplies all the powerpoints.

Undoubtedly, the kitchen is the highlight of this camper. The benchtop sits in the rear bin on the drawbar, along with a large pantry drawer in the top section. Made from stainless steel, it slides out and swings around to fit against the side of the trailer. It looks impressive and comes with a stainless steel sink and drainer, four-burner cooktop with grill, a storage compartment under the sink and hinged flaps on either end. A good size splashback protects the canvas and comes with useful items like a recessed light, shelves and a cooking implements holder.

Having the kitchen bench on the side of the trailer works quite well with the slide-out Waeco 80L fridge, which has its own fold-out extension. Just in case power is needed, either mains 240V or 12V, sockets for both are fitted into the body at the end of the bench.

It has been a few years since I last looked over an Ultra D camper and, although the basic design has not changed, Aussie Swag has made considerable improvements during that time. Just one example is the 240V/12V electrical setup, which matches anything found in the luxury RV sector today. It certainly looks to me like the modern-day Ultra D lacks for nothing in regards to camping comfort.

The camper has been developed from plenty of offroad experience – even as I write, an Aussie Swag employee is tackling the Cape and testing out products along the way.

Even though it’s a relatively small trailer, the Ultra D is no lightweight and it has a good load capacity – which is essential for carrying a large amount of water or even a boat.

Refining a limited number of camper trailers has paid off for Aussie Swag, as quite clearly demonstrated with this model.