Because we’re such a friendly bunch here at Camper Trailer Australia we figured it was high-time to give you the ups and downs of trailer brakes, how they work, what systems are available, and how to use them to their fullest potential. For a lot of track-hardened veterans, you’ll know most of this as muscle memory, but maybe not the details of what’s actually happening, and for a lot of newcomers reading, this information will find its way to the back of your mind, patiently waiting for that stray rock or sandy water crossing before it saves the day.

The three most common types of controller you’ll come across are Inertia based, Time based, and user-controlled. 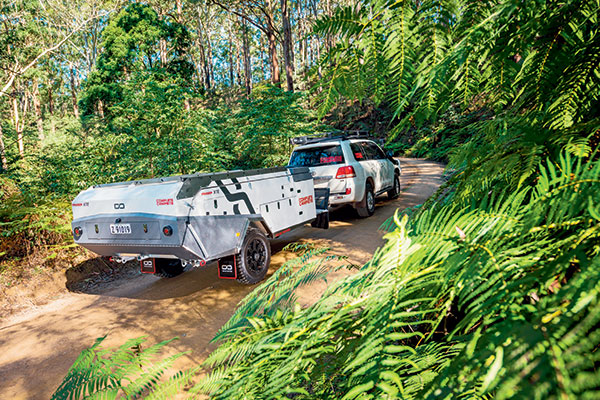 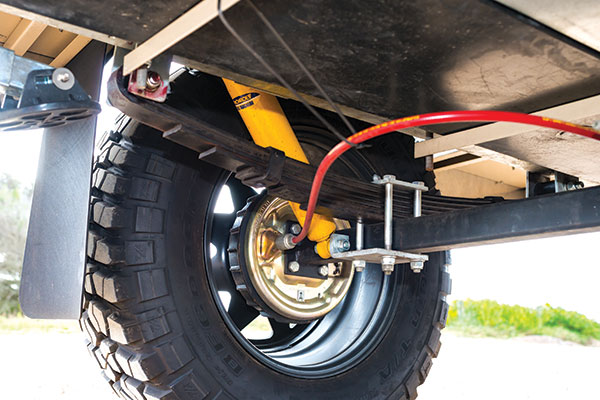 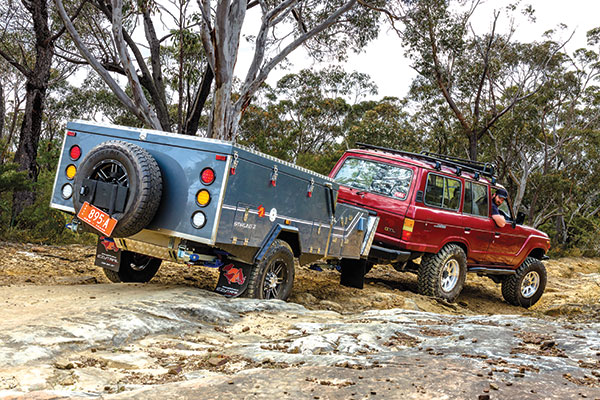 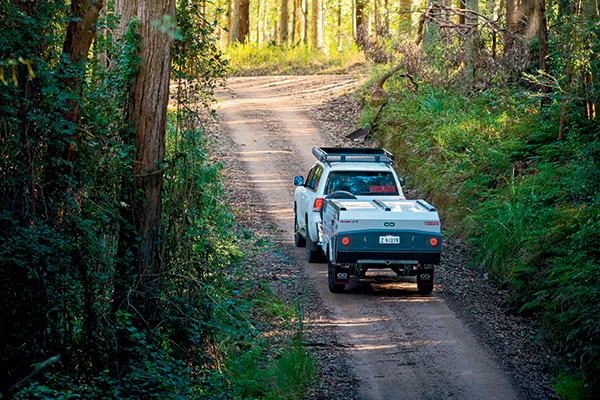 A time-based controller is one of the earliest models around, and unless you’re still driving your 1985 HJ60 LandCruiser you bought back in 1985 you shouldn’t be too concerned about finding one in your tow-tug. They’re an incredibly rudimentary system that simply ramps up brake pressure the longer your foot is on the pedal. The logic is if you’re braking hard you’re also braking long, but in the real world sometimes you need to scrub speed quickly, and other times you’ll coast on the brakes or need to maintain gentle brake pressure for a long time. It’s about as graceful as hanging a picture hook with a sledgehammer. I mean sure, the nail is going into the wall, but there’s a solid chance it’s going to cause some damage in the process.

From here, brake controllers started delving into the user-controlled systems. They’re leaps and bounds ahead of a time-based controller, letting you dial in exactly how much braking force you want. They’ve generally got a dial from 1-10, or a slide on some models. With it dialled up to 10 you’ll get maximum braking power as soon as you touch the brakes, or knocked back to 1 the trailer brakes may not even activate. They offer complete control over your trailer, allowing you to make it brake harder, or lighter depending on the situation, but if you knock it back to 2 for a certain situation then forget it’s dialled down you can catch yourself in trouble.

The more advanced version from this is an inertia-sensing brake controller. They typically use a small electric sensor known as an accelerometer, the same kind of thing inside your phone that tells if you’re holding it upright or sideways. It can sense which direction you’re moving, and how fast you’re doing it. The appealing part of this is once it’s calibrated itself it can not only tell when you’re braking, but how hard you’re doing it and apply the appropriate amount of braking force to the trailer. The harder the tow-tug brakes, the harder the camper brakes. It’s a great system for on the road or long distance touring, allowing you to set-and-forget, knowing your brakes will have enough power when you need them without being too touchy. But they do lack the user controllability of the… well… user-controlled systems. If you can get a controller that does both systems as well as a manual override you’ve got the best of both worlds.

It all sounds great, pretty simple stuff, all you need to know now is what number to set your controller on and you’re off… right? Well not exactly. The first thing to keep in mind is the trailer brakes’ job is to slow the trailer and the brakes on the tow-tug are to slow the tow-tug. There are lots of old-wives tails getting around on how to dial in a trailer brake controller to the point of being on the limit of locking up the trailer’s wheels, for some it works, others prefer the method of setting the brake controller till you can’t feel the trailer pushing you or doing the majority of the work when you’re slowing down. When you factor in many how many camper trailers can equal the weight of your tow-tug with less than half the braking power, it makes sense not to overload the trailer’s brakes attempting to stop the tow-tug too.

Both user-controlled or inertia sensing systems can be adjusted to get the right amount of braking force by dialling up the gain on the brake controller. Keeping in mind the setting required can change depending on the weight you’re towing, and the speed you’re towing it at. You’ll need to experiment with your own setup to find the sweet spot. If your unit has the ability to manually engage the trailer’s brakes without engaging the tow-tug’s brakes you can use it to settle down an un-wieldy camper. Engaging the camper’s brakes without engaging the tow-tug’s essentially makes the trailer act like a parachute, pulling things in a straight line, stopping the trailer bouncing from side to side and potentially saving you from a dangerous trailer-sway situation.

In high-speed dirt touring, the offroad settings you’ll use will be similar to the on-road settings, especially if using an inertia sensing unit. If you’re in any sort of technical terrain though things get a little more involved in the captain’s chair, which is where a user-controlled unit comes into its own. While on-road it can be useful for the camper to act like an anchor, offroad in soft terrain like mud, sand, or river crossings it does mean a tap of the brakes can cause the trailer to dig in and bog itself, leaving you spinning the wheels and going nowhere. If you’re in that terrain, you’re rarely travelling fast so it’s worth dialling the brakes down to 50 per cent of what you’d normally use: still enough to keep things in line, but not enough to get you in trouble.

In steep terrain, the opposite is often true. Having the ability to independently engage the trailer’s brakes means you can use it as an anchor while going down steep declines, helping keep the trailer in line and slowing the tow-tug without the risk of locking your own tyres and losing steering control. Likewise, you can lock the trailer’s brakes, causing the rear tyres to drag and decreasing the turning radius through tight turns or to help dodge an obstacle.

The crux of the issue is that there’s more to trailer brakes than simply a way to take the load off the tow-tug’s braking systems. They’re an incredibly useful piece of kit that can prevent trailer sway, make downhill descents safer, and be dialled in to decrease your chances of getting stuck, increasing the time you’re spending at camp. Understanding how they work, and what you can do with them will add another serious tool into your off-road arsenal, and if that’s not a good excuse to hitch up and head bush then I don’t know what is.