How to keep your fuel system clean

Right, now I know you’ve probably read plenty of words of real wisdom on the subject of fuelling your vehicles, written by people who know their stuff and are up-to-date on modern technology. That’s not me, as an incident with the microwave last night pretty much proved but, as an old bush mechanic, I’ve got a few thoughts that might be relevant for long distance travellers.

Forty years ago, we refuelled almost everything in the bush from drums. Those drums were filled from farm tanks that were filled by trucks that came from the depot and, even with the best of intentions, you were pretty much guaranteed some rubbish in with your fuel. Old funnels always incorporated a brass gauze filter – a last checkpoint for solids and a visual sign for water, too. But even tipping fuel in meant washing in a few gremlins. I remember refuelling a harvester on a breezy day in a dry wheat paddock and scraping porridge off the brass so the diesel could get through.

So anybody who wanted to keep a motor running quickly learnt the importance of filters and water separators. Even the cars of the day used a glass bowl on the fuel pump with another little gauze filter, so the attentive owner could spot signs of water, or worse, before it got through to the carburettor. The world was a simpler place. 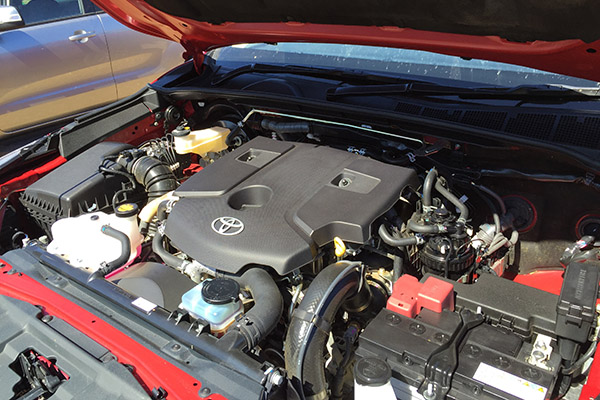 Back then, I got into a lifelong habit of fitting the little plastic/paper cartridge fuel filters to every petrol motor I had – water pumps, generators, motorbikes and cars. I replaced them every year or so and that was it, never a problem again with dirt or water in the fuel, this side of dropping them in a river. That’s cheap insurance at about five bucks a pop, even now.

With the diesels, I’d take it one step further and fit a ‘proper’ water separator/fine micron filter like the Flashlube unit that’s about to go in to my Mustard 40 Series. These old Toyotas already have a water separator and this one runs the industrial option of twin fuel filters, too, but none of the standard stuff gives you any warning of impending doom and the filter rating is about five microns at most. With this unit fitted last in the line, I can see whether there’s water and there’s absolutely no chance of dirt getting through that 30 micron final filter.

The results? Cheap insurance of another type. In 760,000km, I’ve only had the fuel pump and injectors replaced once in Milo and that was in the early years. It’s dirt that wears out diesel fuel systems – diesel itself is an oil and lubricant.

Okay, that’s old diesels. Guess what? The new common rails use incredibly high rail pressures in the 25,000psi-plus range, so much so that the factories insist fuel pipes are changed when the injectors are swapped out. High pressures mean much closer tolerances, which means contaminated fuel is really going to do some damage.

And I’ve seen the results of that along the side of tracks and in workshops across the country. Flood an old diesel and, this side of a hydraulic lock, you could sort it trackside. Flood a common rail and you’ll probably need a new motor.

With all that in mind, the serious Aussie traveller would have to be crazy not to take any precaution they can against dirty fuel. People used to talk about dirty fuel as a ‘bush problem’, but that’s not always the case these days. In fact, bush fuel supplies have never been cleaner, but there are still unknown factors, like deliveries and condensation.

When a tanker delivers fuel, everything in the underground tank is stirred up and there’s a great chance of a few ‘floaties’ finding their way into your tank for hours afterwards, until the sediment settles again. The ‘water in the fuel’ thing can be self-perpetuating with common rail engines, though, because those high pressures require cooling around the injectors and so the fuel itself is used for this, too. Up to three-quarters of the fuel pumped from the tank is recirculated back to the tank and takes the heat generated with it. So on a long run, there’s a fair chance the fuel in the tank could be on its way to boiling point.

I’ll never forget the first time I discovered this by accident, while plucking off a broken shock absorber on a new Triton up Cape York. I touched the tank and belted my head scrambling out from underneath because I thought it was going to blow!

All that heat means condensation in the tank itself, which is why those in the know recommend keeping tanks topped full when the vehicle’s not in use. There’s also an amazing algae that grows in warm diesel that can clog up fuel systems over time.

Obviously, these problems manifest themselves more in older vehicles, as dirt accumulates in tanks and after that fuel cap has been taken off a few thousand times. They can all be avoided, though, and there’s no need to ever have to worry about dirty fuel again – if you’re prepared.

Which, in a round-about way, takes me back to last night’s microwave incident. It was late when I got in from the shed and my wife was almost asleep when I made those dinner noises. I was half expecting her to tell me it was in the dog’s bowl, but no, she’d put a plate of pasta in the fridge and all I had to do was warm it up.

I wish she hadn’t tucked it in front of that beer, though, because my attention must have been diverted. Without even thinking, I put the plate in the microwave, shut the door and pumped the buttons.

Talk about the light show from hell. Yep, the old tin foil in the microwave trick.

The dogs did well out of it, though!