Camping Tips from the Pros: April

Shaun Buckland turned his silver solar tarp into a low cost tropical roof by punching holes into tennis balls and slotting them on to the top camping poles.

The resulting cavity keeps the canvas away from direct sun and allows air to circulate under the tarp for cooler temperatures inside the tent.

The simple strategy costs just a couple of bucks and draws great admiration wherever he pulls up stumps. 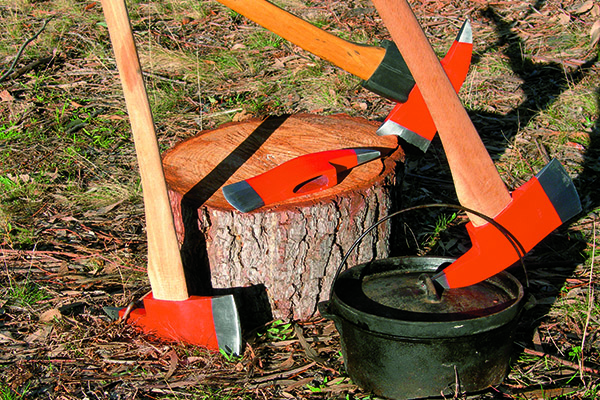 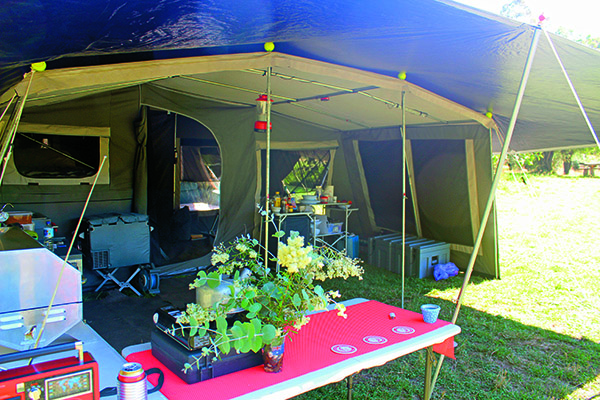 Why pay big money for a purpose-built spare wheel bag when you’ve got plenty of weathered luggage lying around the home?

Greg Conlon from Everton Park, Qld, fits an old bushwalker’s backpack to his spare wheel to carry rubbish out from camp for appropriate disposal closer to home.

Colin Tidey and Sharon Small from Denman, NSW, appointed a mate to make up an aluminium box to help keep their camper’s interior free of awnings, pegs and poles.

Measuring 300x125x1500mm, the dust-sealed, lockable box fits neatly under the front lip of the body, and is large enough for the TV antenna pole, hammer and fishing rod.

Doug and Jenny Chessum from Elimbah, Qld, fill their six tyres in the outback or on the beach in less than half the time since fitting an Anderson plug to their air-compressor.

Rather than clamp leads to their tow tug’s battery, the couple simply connect the compressor to the solar point on their trailer or the power outlet at the rear of the car.

John Heath, from Brisbane, Qld, cooks day or night thanks to his nifty little LED light, which he fitted to the handle of his Weber baby Q.

It’s mounted to a simple bracket made from aluminium and allows him to monitor the chops whenever the desire strikes.

Scott Heiman from Canberra, ACT, says a fireman’s axe can replace many tools around camp.

When not on wood chopping duties, the tool’s pick point can be used to lift the lid from a camp oven or for grabbing a hook when retrieving tent pegs.

Check out the full feature in issue #87 April 2015 of Camper Trailer Australia magazine.