The Lowdown on Diesel Engines

Oh dear, remember last month how I cranked on about giving you a few tips on bush cooking and how my Handbrake said it was rare for me to do anything as planned? Guess what? This month we’re right off that topic.

Why? It’s her fault. I was all ready to knock up a roast yesterday but we had one of those afternoon rain storms here in Queensland that usually sees the bloke next door out in his undies with some soap. Blockies are like that, freedom loving spirits who do things ‘normal’ housebound types wouldn’t dare. They probably do ‘dare’; it’s just we have to justify paying higher rates while burying our rubbish and digging our own septic systems. It’s easy to find justification if you’ve got a few trees to hide behind.

I’ve got this lovely rock-lined firepit in the back yard and that’s where that roast was going to rest. But the rain put an end to that so I flicked the oven into life and spent an extra hour in the shed pulling the injector pump off the old 12HT Toyota motor we’re doing up for Milo 2 while it warmed up. 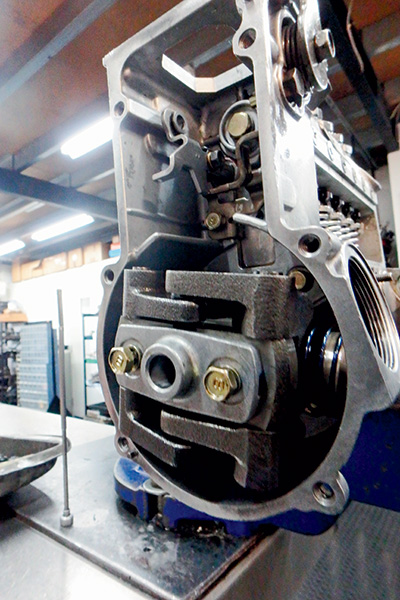 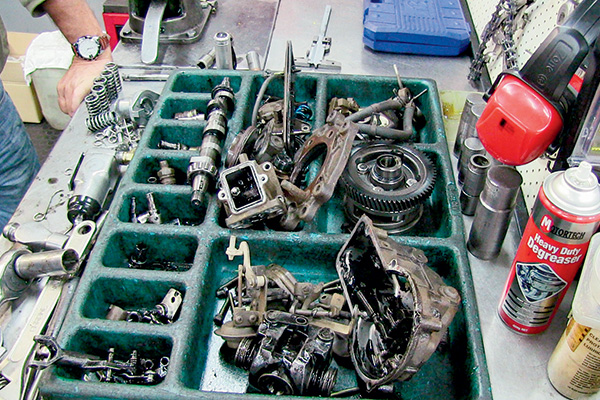 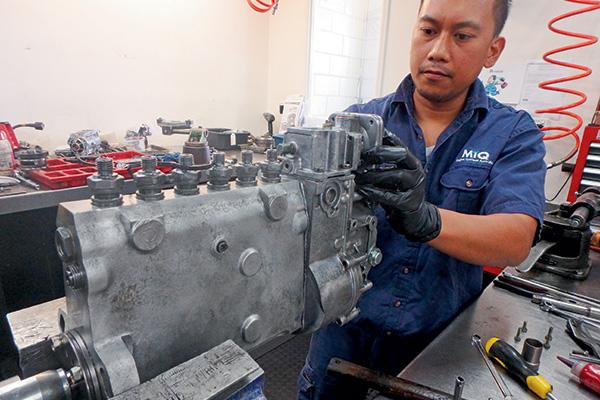 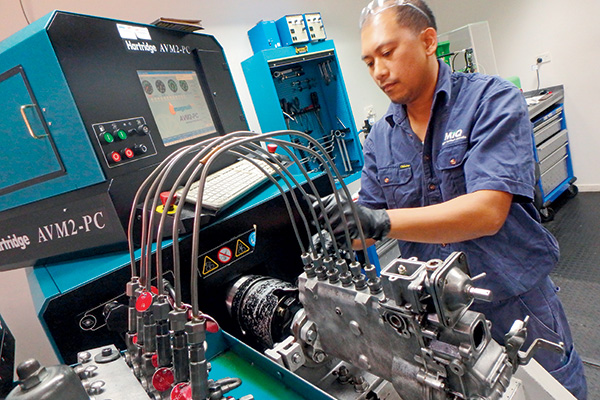 Then she saw my hands. The nice version went like this:

“John, you are not permitted to enter the food preparation area. Your hands are filthy, there’s a strange odour permeating your clothing and, generally, you are a disgrace”.

Actually, she didn’t sound anything like that. More like an angle grinder starting up actually. But, suffice to say, I stayed out in the shed for another couple of hours because it was a whole lot safer.

But it was while out in the shed that it occurred to me that maybe a column on diesels might be in order. See, there’s this strange perception that diesels are dirty motors that will run on rubbish fuel for ever and ever and don’t need oil changes because they’re fueled by oil anyway.

That is sort of right – if we’re talking about a ship engine built last century. Those things are so big they have plates in the side of the crankcase so the engineers can walk in and take a look at the crankshaft up close. And they run on unrefined fuel oil; basically the oil that comes out of the ground less the bigger rocks.

My 12HT motor is the last of the mechanical injection Toyota motors to power a 4WD. The pump looks like a small engine block and has more in common with agricultural machinery than anything under the bonnet of the new and far more efficient common rail diesels. But when you see how complicated it is, and how many components are required to generate the pressure necessary to squirt diesel into a highly compressed cylinder, you get a feel for what those poor rotary pumps feeding modern diesels at much higher pressures are going through.

Let’s take a step backwards. Have another beer if it makes it easier but before understanding why the fuel pump is so critical, we probably need to recap how a diesel works. In a petrol motor, the fuel air mix is exploded by a spark. In a diesel, it’s exploded by the high temperatures air can achieve when it’s compressed. That’s why we need things like glow plugs, or pre-warmers, to get this temperature cycle working before the pistons romp up that cylinder and squeeze the living daylights out of the air. Then right when the air has been squeezed so much it’s hot enough to explode something, the injector cracks open with a blast of fuel.

That happens just before ‘top dead centre’ of the compression stroke which, just like a big leg on a bicycle pedal, means the biggest part of the energy is expended forcing that piston down again. It twists the crank and you know the rest because you let the clutch out and the whole plot shot off down the road in a series of explosions that are almost too amazing to comprehend.

In order for the injector to squirt fuel into an already highly compressed and hot environment, the fuel pump has to develop incredible pressure. This is typically at least 15,000 psi, roughly 500 times the pressure in that bicycle tyre above. That sort of pressure is enough to blast diesel straight through your skin. How serious can this be? Well, nothing some amputation won’t fix...

Which is why you never muck around with diesel fuel lines when they’re running. The old ‘pluck the lead and see which one’s not firing’ thing that works so well for us bush mechanics on petrol engines just doesn’t cut the mustard on diesels. Or it does cut the mustard, and the jar, and the table and - you get it right?

Milo 2’s 12HT motor features an inline injection pump which, these days, is only seen on heavy industrial engines, rural plant like harvesters and tractors and big trucks. The ‘small’ diesel world has been overtaken by rotary pumps and common rail injection which allow much greater power and efficiency at higher engine revs. A lot of that has to do with economy, not just the economy of fuel consumption but the economies of saving a few quid at the production level too. Replacing expensive mechanical bits with computers and all that jazz.

And you get to see why when you look inside a mechanical inline injection pump. Not only does it look like a mini-six cylinder inline engine with a cam shaft driving a series of ‘pistons’, it also has to add or subtract fuel to each squirt - oh, how technical the Rooth does wax - depending on whether we’re climbing that hill or coasting down the other side. As each piston has a constant stroke volume varying fuel delivery is achieved by rotating the cylinders themselves to vary their injection volume.

Don’t worry if that doesn’t make sense. What does make sense is when you see the governor rod moving backwards and forwards twisting all the cylinders at the same rate to achieve some sort of consistency. Then you spend another hour or so playing with the governor and marvelling at how it works!

So, have we learnt anything? I have! If the pump plays up take it to MTQ Engine Systems and pick it up a day later. And don’t fret about how much it cost because, by crikey, there’s some parts, effort and expertise required to get it right. Most of all, though, knowing how many little precision mechanical components are rubbing themselves silly in there is just one more reason to fit a good fuel filter, use quality oil and always change the oil filter, too.

Lubrication is everything. It’s also very cheap insurance. I know; I’ve preached this before but if you’re serious about towing in Australia, the cheapest insurance you can have is clean fuel and good oil. Modern diesels come with a small fuel filter anyway but you need one that’ll separate water from the fuel and filter it down to the 30 micron level to allow for varying quality fuels. My choice there is the genuine FlashLube diesel filter designed right here in Australia. That’ll give you the capacity to do a couple of ‘big blocks’ without a worry about dirty fuel.

As for oils, well ‘oils ain’t oils’ are they? If you want the best, ask for Aussie blended Penrite, otherwise you’ll get whatever the dealer can get that’s ‘best value for money’ - for him anyway.

Hey, half a million kilometres on Milo’s old diesel and she’s still going strong. I just want the next one to do double that...