In the wonderful world of camper trailers, very few manufacturers carry as much brawn as the team at MDC. They’ve clawed their way up through the ranks to become one of the largest, most recognisable camper trailer manufacturers in the country, and when you see how much value for money they’ve managed to jam-pack into this year’s winning Camper Trailer of the Year model, the Venturer (Cape York Edition), you’ll understand why.

But the question on everybody’s mind is simple: what makes MDC so successful? And to answer that, we sat down with the man behind scenes, Vaughan Hindley, to find out exactly how and why it has become the powerhouse it is today. So get excited, we’re about to find out just how the magician pulls that fluffy white rabbit out of a hat, or so to speak. 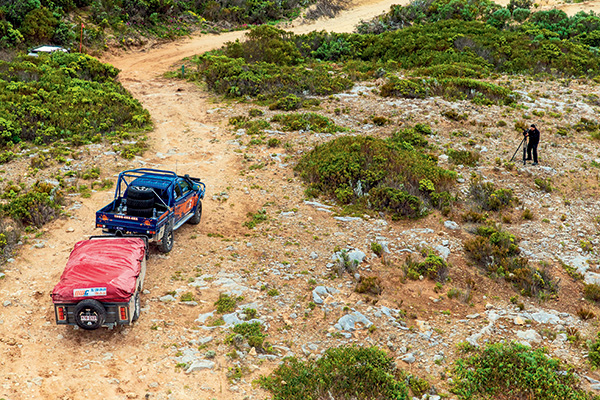 Every successful business has a story to tell, and MDC is no exception.

“It all started back in 2007 when we built our first camper,” Hindley said. “It was a softfloor model with an imported tent, which we fitted to a 7x4in Wakeley-built box trailer. It turned out a massive hit, and we’ve never really looked back from there.”

I’d say that’s a bit of an understatement given just how far they’ve come in such a short amount of time.

MDC has a long history in designing and importing softfloors and hybrid vans. “Plus we offer a whole range of hardfloors campers and full-blown caravans, too,” said Hindley.

What’s been the key to their success you ask? “We reinvest every cent we can into continually redeveloping and improving our product,” Hindley said.

In fact, MDC has an exclusive investment in an overseas manufacturing factory (part owner). “The short of it is: it gives us more control over our product.”

Hindley said his late father was an enormous part of getting the business up and running. “We’ve still got his old HiLux, aka Kev’s Truck, sitting out the back,” he said.

“That car has been on countless trips for us, and it will always call this place home. Not just because Steve Robson, our media man, blew it up on the tracks a few years back, but because it’s pretty sentimental to me these days.”

That’s not all that’s sentimental around MDC HQ either. “Our Step Through camper would have to be my favourite camper in our range,” Hindley said. “Back in 2014, it was the first ever imported camper trailer to get accepted into the Camper Trailer of the Year awards [in the awards’ current format], and it won. It was also the camper I called home for a few weeks when we did our first ever team research and development/media trip; tackling the infamous Old Tele Track in a bid to reach the most northern point of the Australian continent – the tip of Australia.”

Another aspect of the business that really means a lot to Hindley is the MDC online owners group. “Thousands of our customers share their camping and touring experiences across the country here,” Hindley said.

“It’s humbling to see so many people out there enjoying a product we’ve put our blood, sweat and tears into.”

As big as MDC has grown, it’s still very much a family affair. Hindley and his wife Melinda take the reins. And the two brothers-in-law David and Kenno the adventure-nut are there to back it all up. Even Hindley’s mother-in-law Agnes helps keep the ship steering straight.

“Our whole team is like one big family!” he said. “We’ve got a workforce of over a hundred Australian employees; including salespeople, engineers, graphic artists, trailer assemblers and information technology gurus, and pretty much all of them love the great outdoors as much as our customers do.”

The MDC team has grown to more than nine locations, which are spread right across the country, each of them with a service workshop included.

“All of our branches are fully equipped to do everything” Hindley said.

“That includes any service work, upgrades and repairs. This really helps us keep on the front foot of any potential problems with our campers; catch it quick, and fix it at the source!”

The only way to really develop an offroad camper trailer is to get out there and punish the hell out of it! That’s something MDC is at the forefront of. They’ve done more offroad trips in the name of research and development than you could poke a stick at, but if you ask Hindley, it’s the very first run up the Cape that still gets his motor running.

“I think that trip was the pinnacle for me. It was the way the whole team bonded during the harder times that really hit the nail on the head,” he said. “Our trip leader’s vehicle, a bloody Patrol, broke down about 60 kays south of Bramwell Junction, or the start of the Old Telegraph Track. The whole team just put their heads together and flung solutions around like food at a Japanese Teppanyaki restaurant!

“We needed to source an engine pulley, which we eventually ended up getting flown into the wrecking yard at Bamaga, but it took time. The trip was being filmed, and was originally supposed to end at the tip. But the game wasn’t really over until we got back down to the busted Nissan and spent most of the night getting it going again. It really was great teamwork. In fact, it was then I knew I had a winning team on my hands!”

Since that very first Cape York adventure, the testing has gotten even more epic; the crew’s latest escapade being a quest from Brisbane to Broome. Yep, you heard that right. These guys took their entire range of XT caravans from one side of the country to the other; how’s that for a product test? We even managed to catch up with the MDC crew out at the Big Red Bash at Birdsville in 2016, so I can vouch for how hard they test their equipment. Put it like this, I watched Vaughan’s brother Kenno drag a small caravan up and down Big Red, the largest dune in the desert. The best part is, that caravan went on to cross the rest of the country without the slightest inkling of a problem!

After all that, what have we learned? Well, I’d say the key to MDC’s raging success is largely due to the sheer amount of enthusiasm and dedication the whole team has for its brand. They continually striving to improve their campers, as well as develop new designs and concepts to take the market by storm. When you think about it, they’ve really got all the right ingredients to produce some outstanding value for money camper trailers and caravans.

And Hindley’s latest venture is super exciting too; he’s soldiered into the Australian caravan market with the launch of AUSRV, which offers a new range of 100 per cent Australian designed and manufactured caravans. One thing’s for sure, if he applies the same innovative techniques that have driven the MDC brand to success in the camper trailer world, we’re super excited to see what AUSRV brings to the party!