The History of the Pajero

While Toyota’s and Nissan’s 4WD heritage dates back to the 1950s, Mitsubishi is a relative new player in the Australian leisure SUV market. Yet since its arrival here just over 30 years ago in 1983, the Pajero has not only matched its major Japanese rivals in “bush-ability”, but also built a legion of loyal followers over four model generations. Let's take a look...

The first generation Pajero made its debut at the Tokyo Motor Show in October 1981. It was launched on the Japanese domestic market in May 1982 and arrived in Australia in early 1983. Initially, it was a three-door, short-wheelbase model available with a metal or canvas top and a choice of engines options,
ranging from a 2.0-litre four-cylinder petrol to a 2.3-litre turbocharged diesel and later, a 2.5-litre turbocharged diesel. Its advanced standard features included double wishbone front suspension with torsion bar springs, power steering and suspension seats. 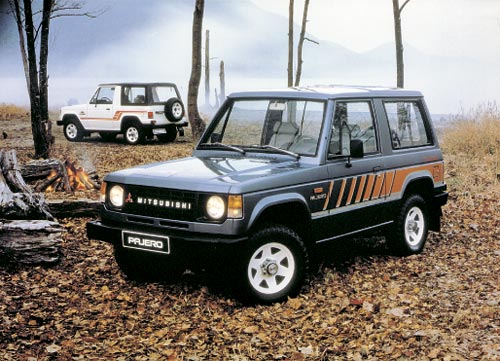 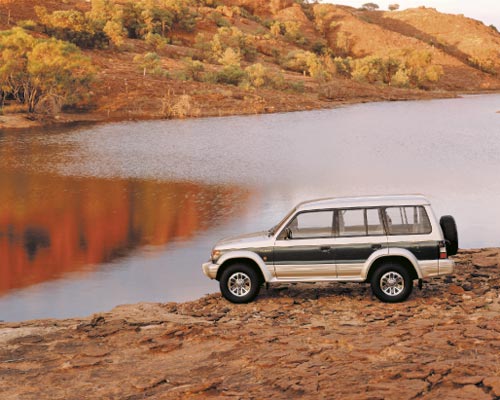 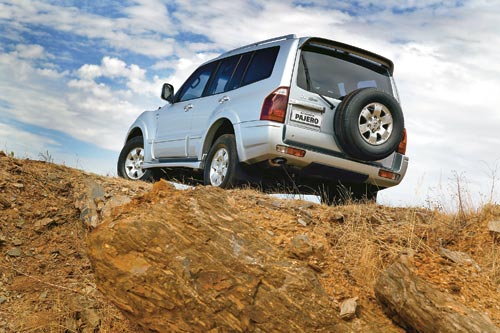 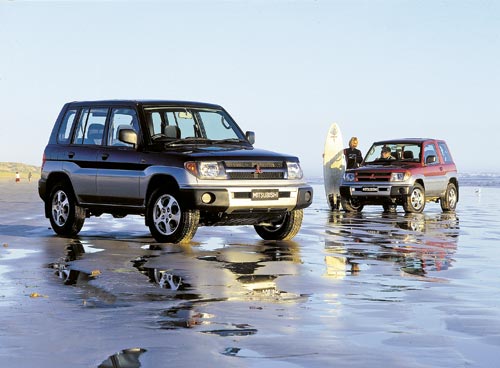 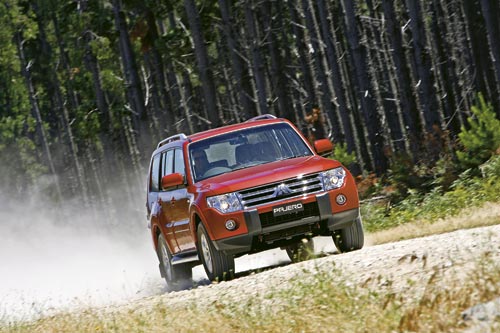 In February 1983, the Pajero range was expanded with a long-wheelbase, five-door model, with buyers offered standard, semi-high-roof and high-roof body styles.

The Pajero was further refined in June 1984 with the introduction of more powerful diesel engines, while long-wheelbase models got four-wheel disc brakes and adjustable shock absorbers as standard equipment.

A new flagship model was introduced in early 1987 with two-tone paint, 15in alloy wheels, front-seat heaters, genuine leather headrests, a three-spoke steering wheel and a sound system with radio/cassette.

Just about everything was new or enhanced in the second-generation Pajero, introduced in January 1991.

The second generation also saw the introduction of Super Select 4WD (SS4) and multimode ABS (which, innovatively, operated in all high and low range settings), both of which were firsts on Japanese 4WDs, while multi-mode ABS was a world first. The SS4 was ground-breaking in the sense that it combined the advantages of part-time and full-time 4WD with four available options covering both high and low range, giving the driver the ability to switch between 2WD and full-time 4WD at speeds up to 100km/h.

In 1996 the 3.0 V6 engine was revised, staying SOHC but changing to 24-valve, while embracing solid-state ignition. A facelift in 1998 saw new “blister flare” mudguards, headlights, grille, bumper, fog lights and sidesteps as part of the redesign. Driver and front-passenger SRS airbags became standard on models equipped with the 3.5-litre DOHC V6 engine. An upgraded interior with wood trim and a leather-wrapped steering wheel, plus upgraded suspension and steering followed in the Gen II’s final years.

Designed in-house, the third generation Pajero hit the Japanese domestic market in 1999 and arrived in Australia in late 2000 as a 2001 model.

The vehicle was completely redesigned, inside and out, and had a
lower, wider stance. Its lower centre of gravity meant the Pajero had better on-road
handling manners and the new chassis-less “uni-body” full-size body was more than 300 per cent more rigid torsionally than the previous body-on-frame (mid-size) Gen I and II models.

The new body permitted longer suspension travel, while the fuel tank was also relocated to between the axles for better safety. The SS4 system was also further refined, as bevel gears were replaced with planetary ones. This meant the front-to-rear torque setting ranged from 33 to 67 per cent, with the ability to adjust to 50/50 depending on surface conditions. The system was also made fully electronic, which meant the vehicle didn’t have to be in gear to switch between drive modes.
Rack and pinion steering replaced the recirculating ball system of previous generations, while the Pajero also offered a choice of three transmissions, a five-speed manual, a four-speed INVECS-II automatic and a five-speed INVECS-II Tiptronic. An all-new 3.8-litre SOHC 24-valve V6 petrol engine with Electronic Throttle Valve (ETV) also joined the model’s engine family.

The fourth-generation Pajero was introduced at the Paris Motor Show in September 2006, featuring revised interior and exterior styling and a raft of safety enhancements, including dual-stage SRS front airbags, and new side-impact and curtain airbags. The Super-Select 4WD II system was retained, but was now
complemented by an improved Active Stability & Traction Control (ASTC) system and an electronic brake force distribution module. Engines were upgraded, with the 3.2-litre diesel gaining common rail technology to boost power to 125kW, while the 3.8-litre V6 gained MIVEC to boost power to 184kW and torque to 329Nm.
Enhancements to the 3.2-litre turbodiesel in the 2009 model saw power and torque further increased to 147kW and 441Nm respectively. Further styling refinements and improvements to the Pajero’s monocoque body and suspension followed in 2012.