Pop-top hybrid campers represent a fast growing section of the Australian RV market and an increasing number of offroad specialist builders have at least one on offer. Many are single-axle models that are 14-15ft long and as wide as a large 4WD, with comforts and versatility surpassing even the most advanced canvas-based camper trailer.

The above dimensions are important, because anything longer and wider cannot truly follow a 4WD’s wheel tracks faithfully into tight areas.

SpinifeX is a late bloomer in this mushrooming market, but that’s arguably an advantage. By leveraging the skillset it developed building larger custom-built caravans, SpinifeX brings the same highly-respected strength and build quality to the AtomiX Series II that will allow it to really compete in this specialised market niche. Priced from $79,500, the Atomix Series II pop-top camper is also a bit of a bargain when you look at its impressive list of specifications. 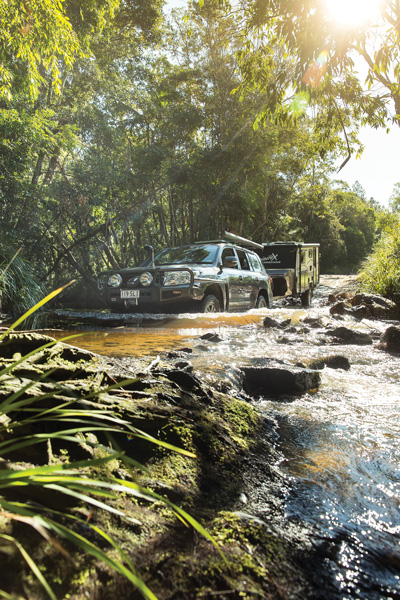 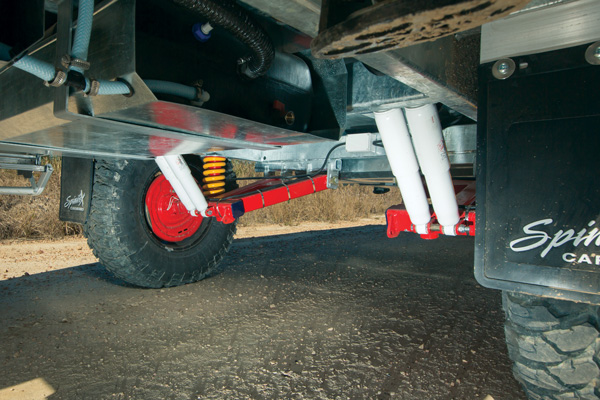 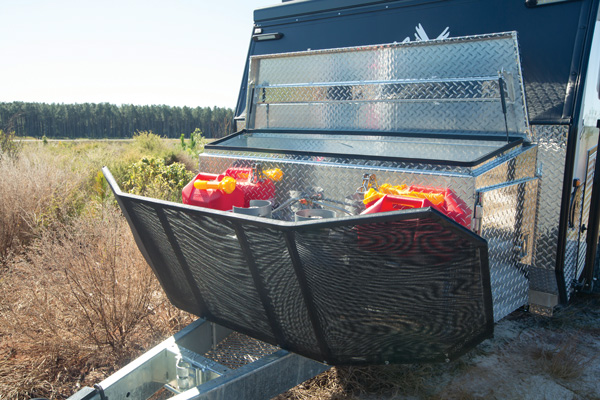 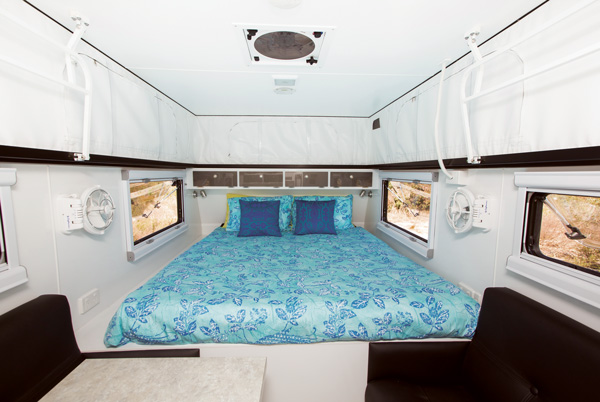 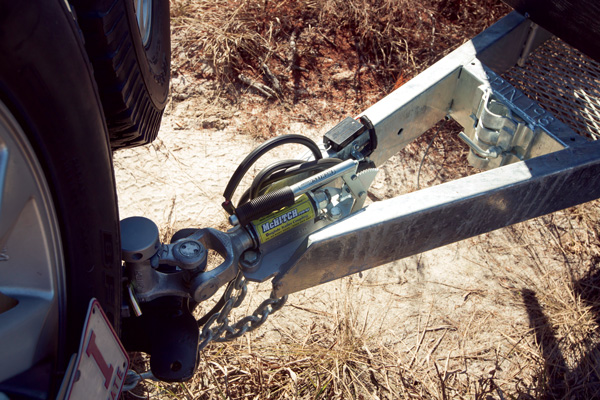 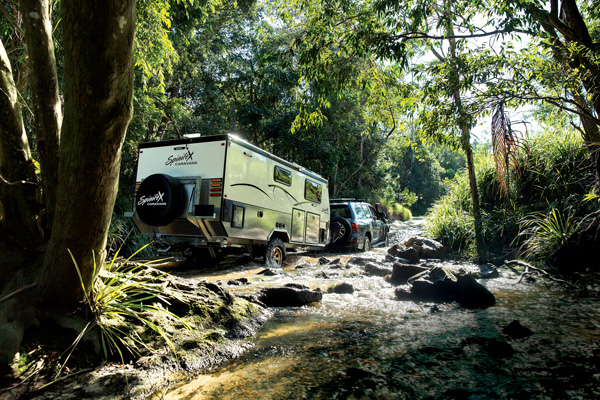 For a start, like its big brother caravans, it’s built on a 150mm single beam hot-dipped galvanised chassis made from 350 grade Australian BlueScope Steel with an extended A-frame topped by a 3500kg-rated McHitch coupling.

This is a true independent coil suspension, with full toe and camber adjustments for better towing, handling, tyre contact to road and tyre wear and tear. It’s far from the cheapest or lightest solution, but it’s an acknowledged standard of the offroad RV industry.

In fact, nothing on the AtomiX is cheap or inappropriately light, from its huge generator box on its A-frame to its innovative drop-down rear table-cum-wood rack affixed to the backside of its spare wheel. So it’s not surprising to see its Tare weight of 1800kg whereas some of its rivals tip the scales closer to 1500kg.

Combined with a generous payload of 800kg, its ATM of 2600kg takes it just out of range of a Toyotas Prado’s legal capability, but you sense that AtomiX owners will probably be LandCruiser drivers anyway and will, therefore, have the extra grunt under their right foot to make the extra weight a comfort, rather than a liability.

Inside, the AtomiX is as well-equipped as outside. In the right rear corner as you enter you’ll find the compact, but very usable, combined shower and toilet, which is an impressively rigid unit thanks to its three-quarter height door. The bad news? You’ll need to crouch slightly to get in and out!

To its right, and running across what’s left of the rear of the camper, is a stainless steel basin with a hot/cold flick mixer tap (and a separate tap for filtered water) set into an otherwise uncluttered benchtop, with a nest of four drawers and a large cupboard below.

This is an ideal place for a portable cooktop on a cold, wet travelling night. It’s also a perfect vanity, but guess what’s missing? A mirror.

Moving forward there’s a good-sized Laminex-topped table between the two plain, but (standard) leather-upholstered bench seats on either side.

The queen-size innerspring mattress butts up to the pop-top’s windowless front wall, with a row of clothes storage cupboards overhead. Twin standard Sirocco 12V fans are wall-mounted on each side of the bed foot – most hybrid pop-top manufacturers charge you extra for just one!

Of course, with more than 2.5t (loaded) behind, you can’t take the liberties with an AtomiX that you could with a much lighter camper trailer, but SpinifeX doesn’t expect its customers to be nosing down the Telegraph Track on the Cape, or attempting the French Line across the Simpson Desert.

Their owners are likely to be the sort of people who have done that under canvas when they were younger and having risen off the ground, they are not planning to go back.

While there’s a big choice of hybrid pop-tops around, in the new SpinifeX AtomiX Series II, buyers will find an exceptionally strong, beautifully built, very capable and very well-priced way to do many great Australian adventures in style and comfort.