Upgrades to the Gibb River Road

The WA government recently announced that a $750,000 contract had been handed out to bituminise a 10km section of the Gibb River Road in the Kimberley.

But hardened offroad travellers needn’t despair – even those who regularly travel the Gibb will be hard pushed to notice the increased length of tar on the road as the new section will be along a portion that already sports a fair amount of blacktop.

It is part of the ongoing process of improvements that will ensure this iconic dirt route remains fit for the travelling public. 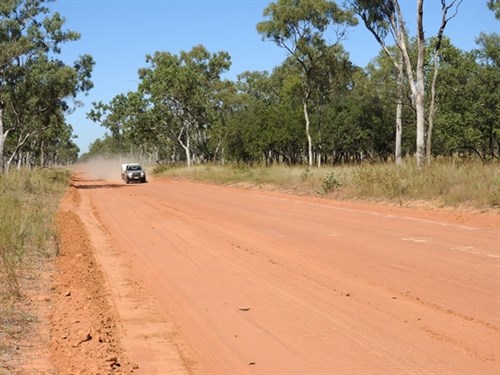 While regular travellers mightn’t notice the increase in blacktop, they will certainly notice the general improvement of the road.

Even after all the improvements, though, it only takes a big dump of rain to flood streams and rivers and to cut the route as quite a few early travellers found out back in late May this year.

Before the graders are out repairing torn and eroded sections, the Gibb can be chopped up and the water crossings deep and rough. And it’s still not the type of road that you’d take the latest low-slung Holden or Kia along, and is best tackled in a good 4WD vehicle.

In the 1970s, the Gibb had few travellers and was little more than a rarely graded track, especially between Gibb River Station and the Pentecost River crossing. It took nearly two days to drive from Derby to Gibb River station and that was by a local in a hurry. To head east from the station was even slower and rougher.

In 1996, the maintenance of the Gibb was taken over by the Mains Road WA department and, since then, there has been a steady improvement off the road along its complete length. Now the bitumen extends from the Great Northern Highway in the east to as far as the El Questro turn-off, while from Derby it reaches out over a 100km or so.

In recent years, they have capped 15km around Mount Barnett and undertaken $3.9 million of road formation and drainage improvements along 23km between the Pentecost River and the El Questro turn-off. In 2014-15, there were works to improve even more the 33km of road from the Mount Elizabeth junction to Gibb River Station.