The ute market has always been dominated by the basic, farmer-friendly single-cab at one end, and the family-friendly dual-cab at the other. Not much attention is given to the versatile extended-cab variants nestled in between these opposites.

In the case of the Mazda BT-50 Freestyle Cab, the extended cab gives buyers the flexibility of two-plus-two seating capacity, as well as a more generous tray than the dual-cabs offer. 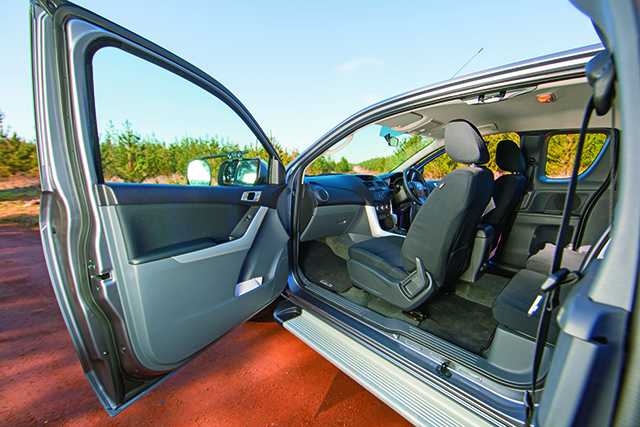 While the XTR Freestyle Cab is the same length as the BT-50 XTR dual-cab, its cargo tray extends almost 300mm further than the dual-cab, due to its shorter cab. The front doors open wide to permit easy access and the seats are supportive up front.

The driver has a spacious and comfortable seating position and is faced by controls and instruments that are, in the main, very easy to see and use.

The five-cylinder turbodiesel engine was a clean-sheet design when it arrived two years ago in the BT-50 and Ford Ranger. For a completely new engine, it doesn’t follow the lead of other recent diesel engines in its noise, vibration and harshness qualities.

Many new diesels are so like petrol engines with their turbine-like smoothness, their ability to rev so cleanly and so quietly. The BT-50 five-pot is not one of them.

When you start the 3.2L engine, it settles to a slightly lumpy idle. It has the sound and feel of a big, gruff diesel engine. But when revved, it isn’t keen to extend much past 3500rpm, even though it is redlined at 4900rpm.

When it comes to the BT-50’s underpinnings, there are no surprises with its independent, coil front suspension and live axle, leaf-spring rear suspension, all of which are tied to a separate chassis.

One-tonne 4WD utes are not known for their ride or handling, but Mazda has one of the better vehicles in this class with the BT-50.

When hitched to the caravan wtih a 180kg ball load, the BT-50 barely dipped at the rear.

When rolling, the BT-50 is quite responsive at lower speeds, although as speed rises it is not as powerful as you might think it would be, given its unladen performance. On long, steep freeway climbs, the BT-50 holds 100km/h, but only just. You need full throttle and a kick-down to sustain the speed. So the BT-50 isn’t the most powerful tow vehicle we’ve tested, but it is a competent performer.