Long-term readers of Camper Trailer Australia magazine might remember the little Tambo camper that once graced our pages with stories of adventures from afar.

Unfortunately, like most toys, what once was new became old and dusty as newer, shinier toys claimed the limelight. But after a long period of exile in a forgotten corner of a Melbourne warehouse she has finally escaped her confinement, and is now being restored to her former glory and beyond.

So, without further ado, I am pleased to introduce — drumroll — the Camper Turtle! 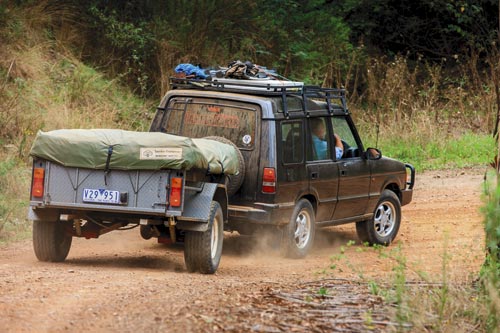 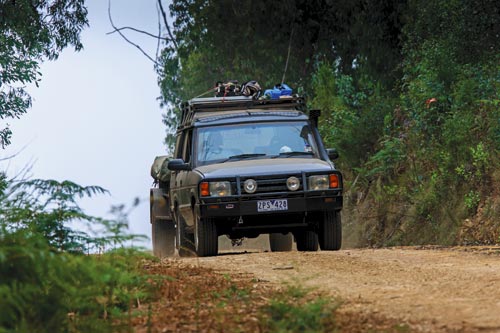 What’s a Camper Turtle? It’s the ultimate coastal touring machine, of course! But first things first, this poor, neglected Turtle needs some tender loving care and a bit of a facelift. Time has not been kind to the old girl. Her paintwork is tired and overall she’s quite dated, with some rather primitive accessories. That said, her shell and undercarriage are tough, and even her canvas is still serviceable, if not a little daggy.

We believe she’s plodding on the same set of fins she’s had since she hatched in 2004, and so is in dire need of a new set of tyres all round. A girl can’t dance without new shoes.

Nonetheless, she survived her maiden voyage on the track between Dargo and Swifts Creek in Victoria’s High Country, and she did it with the poise and grace of an old turtle surfing a wave.

We checked the bearings and brakes, greased the towing hitch, borrowed a battery and changed the gas bottle, then off we went. Her new name proved fitting as she entered the water — this was no land-lubber tortoise and she just loved swimming through mountain creek crossings and scaling the rocky, dusty and corrugated highland tracks, all of which she handled with consummate ease.

For a very basic model, the Camper Turtle is actually quite a comfortable little camper and her build quality has retained the unit’s high level of structural integrity. However, the original builders are no longer in business, so unfortunately they are unable to help us with our plans to resurrect the Turtle into a modern camper marvel.

We’ve therefore thrown open the invite to our friends in the camper trailer industry to help us with the rebuild/general pimping of Ms Turtle. We intend to transform our reptilian friend into the ultimate blinged-up camper trailer; a portable showcase of the latest and greatest in camping and 4WD materials, accessories and workmanship. Dometic and Vehicle Components have already put up their hands up to help, and MPC Mags has partnered with Continental Tyres to supply us with some new clod hoppers to keep her tracking straight.

And that’s only the beginning; we have so much planned for the little Camper Turtle over the next 12 months we can hardly contain our excitement. As well as all the essentials, we’ve a mile-long wish list of toys and accessories to see her fulfil her role as the ultimate coastal leisure machine, if you catch our drift.

And you wanna know the best bit? Eventually, after we’ve given her a new lease on life and more gear than she’d ever imagined, this little Camper Turtle will be given away to one extremely lucky reader!

In the meantime, follow the story of her rebuild in coming issues of CTA as well as her adventures on and off the road as we take this little darling to far flung corners of Australia — in the name of research, of course!

If you’re a manufacturer who would like to contribute your goods and/or services to the Camper Turtle rebuild project, email emma.ryan@bauertrader.com.au.