Camping recipes: In a pickle

I’ve occasionally found myself in a pickle. It’s easy to do and to look back to when I was a callow youth, I’m actually surprised that I survived to be as old as I am. Many would say that I haven’t grown up, and these days it’s more ‘groan up’!

But I find it amazing that with age comes a certain amount of wisdom. Some of that wisdom has been learned, some passed down by wiser heads, and some just through plain hard yards. But! The one thing you can say about being in a pickle is that it can bring out the best in you.

Take, for example, the time we were in about the first week of a 21-day expedition up the Canning Stock Route about 10 years ago. It began to rain. We were near Cannings Cairn and the rain was unrelenting. Actually, out of season and bloody furious weather ensued for about a day. We camped at the base of the rocky rampart upon which Canning placed his benchmark around 100 years earlier and hunkered down for nearly three days. 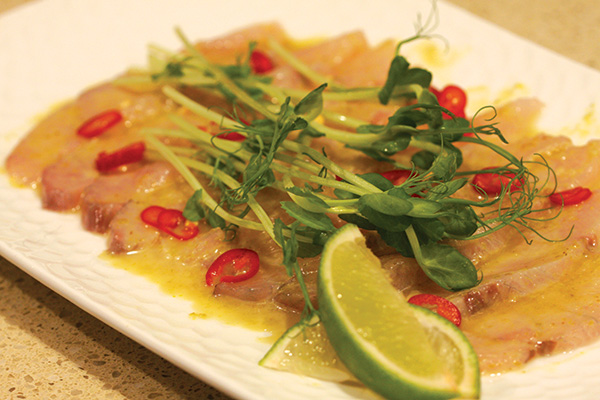 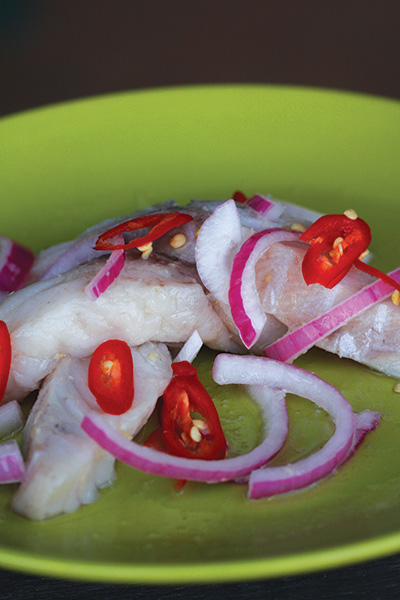 Now, a 21-day expedition is just that. Everyone has an agenda and the end game is non-negotiable. It took a lot of map reading, sat-phone calls and a couple of longer days, but we managed to finish on time.

But my all-time favourite pickle was the time a group of us in about seven cars (20 people) all went to the Victorian High Country for the weekend. It was early May and when we crossed the Jamieson River and onto a small clearing at Upper Jamieson Hut that we were surprised how warm it was. Mild is an understatement.

Now I’d heard the old saying… “It’s a warm wind that blows no good”. But we just thought that it was a lovely afternoon and we did what people do. Made camp and had a beer. Right on dusk, it began. The rain started and got so heavy that everyone retreated from their tents into the hut. And it rained for all the next day. Seven inches of rain later and the river was now about 10ft deep and running a banker.

There were some of us that had pretty important things to do that following week and getting out of there was a priority, but going through the raging river was a deadly option so we had to devise a way to get over it.

A few hours later, we had our plan. We walked the river’s edge till we found the tallest tree we needed to breach the river. We cut it down, but on the other side was a thicket of blackberries about an acre in size. We tied snatch straps around our mate’s waist and he set off across the river with a bag of clothes to tackle the berries. Once on the other side, I cast a fishing line to him that we attached a piece of string to, then a small bit of rope, then a winch cable.

Eventually we had a flying fox with a pulley system we made using a snatch block and we were able to send someone to safety and call for help. The river never went down for 10 days, but we use our collective thoughts and came up with a cunning plan.

Mix the squid with the cornflour, wine, garlic, ginger, and oil and marinate for a couple of hours.

Mix all of the dressing ingredients in a bowl until the sugar is dissolved.

Once the squid is nicely marinated, fire up the barbecue and grill the squid until cooked but still tender.

Combine the squid with the salad ingredients and drizzle the dressing over it.

This recipe hails from my two mates’ home, Thursday Island, in the Torres Strait. They made it for our crew one day. So delicious.

Place the fish in a mixing bowl and pour about half a cup of vinegar over it.

Gently knead the fish until it starts to ‘cook’ (become firmer); adding more vinegar if necessary.

After a couple of minutes, add half the lemon juice and continue to knead for another minute.

Add the salt and continue to knead for a couple of minutes, until the fish feels firm.

This dish can be eaten straight away but storing overnight in the refrigerator will allow everything to amalgamate and enhance the flavours.

Place the fish and the marinade in a plastic zip-lock bag and refrigerate for two hours.

To assemble, layer the fish on a serving plate, and add the garnishes. Drizzle the remaining marinade over the salad and serve.

The full feature appeared in Camper Trailer Australia #109 2016. Subscribe today for the latest caravan reviews and news every month!