Camper Trailer of the Year 2015: The Results

And what a panel of judges we had at this year’s event. From CTA’s lead reviewer, David Cook, to offroad adventuring legend Ron Moon, we had the best eyes in the business scrutinising the best campers in the market.

This year we took CTOTY to the outback, and what better place for it than NSW’s most iconic inland town, Broken Hill. 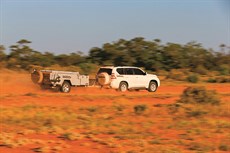 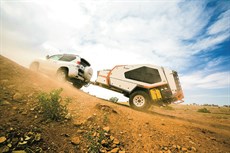 We were lucky enough to be welcomed with open arms and gates to Nundooka Station, a 250,000-acre private working sheep and cattle property about an hour out of town. Owners Mark and Lisa O’Connor kindly allowed the raucous CTOTY mob to mingle with their sheep across the sprawling station and to bunker down in the shearers’ quarters.

Without further ado, I bring you part one of Camper Trailer of the Year 2015; a celebration not just of campers, but also the remote places such as Nundooka they allow us to explore.

Opening this year’s awards is the $20-$35K category, which was hotly contested by four quality Aussie-made campers.

With more scope for added comforts, buyers expect serious bang for their buck in the mid-range category.

A trio of top-notch trailers battled hard for the title in the premium category.

It was the most closely fought battle of the entire event, so which slide-on claimed top prize?