The Eastern Pilbara region of Western Australia's north-west is hot, dry, spinifex country. It boasts massive iron ore deposits, but it also has a more serene side.

Newman is a modern outback town that emerges unexpectedly in this harsh rugged terrain. Some 1200km north of Perth and 426km south of Port Hedland on the coast, it has a population of more than 7000 and can offer travellers most of the facilities and services they require. The best time of year to visit is between April and October, when temperatures are milder.

Given the relatively young age of the workforce in this busy mining town, as well as the presence of many young children, the average age in Newman is remarkably reported to be younger than 15 years.

You can't visit this region without doing a tour of the massive Mt Whaleback iron ore mine, first discovered in 1957 and now operated by BHP Billiton's 2000 staff. This is the largest single-pit open-cut iron ore mine in the world, yielding the highest grades of ore anywhere, around 65-69% pure.

The tour lasts a couple of hours and takes visitors in a bus to a number of sections of the mine, including a spectacular lookout over the whole operation. The pit is currently more than 5km long, 2km wide and around 500m deep.

Haulpak trucks that can carry 240-tonnes with their V16 2500hp engines thunder about on 3.6m high tyres. A single truck uses more than 400L of diesel an hour and costs more than $5million - a tyre alone costs in excess of $35k.

But the trucks are dwarfed by the giant mechanical shovels that load them at a rate of 70-tonnes per scoop. It is therefore no surprise that the hole inside the once massive Mt Whaleback continues to grow - the top of the mountain is now well and truly gone forever. 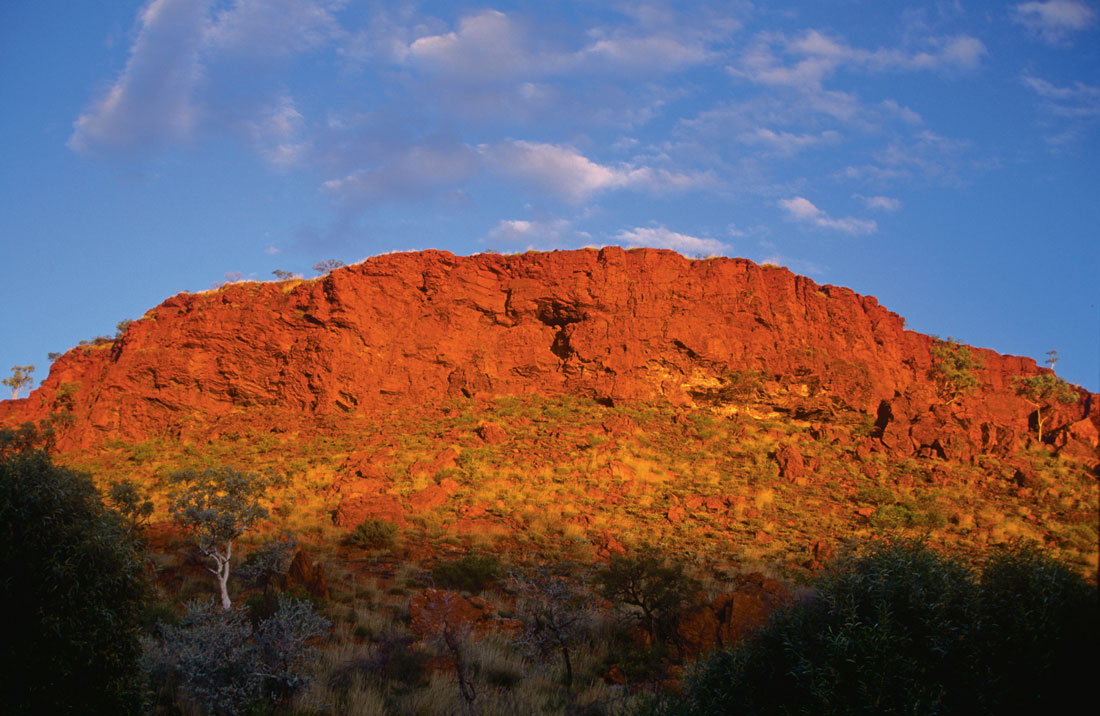 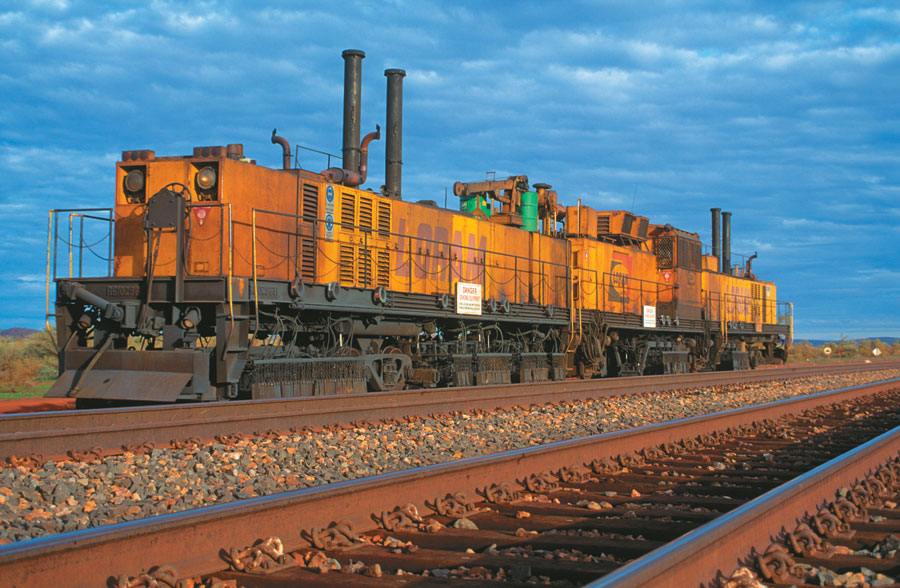 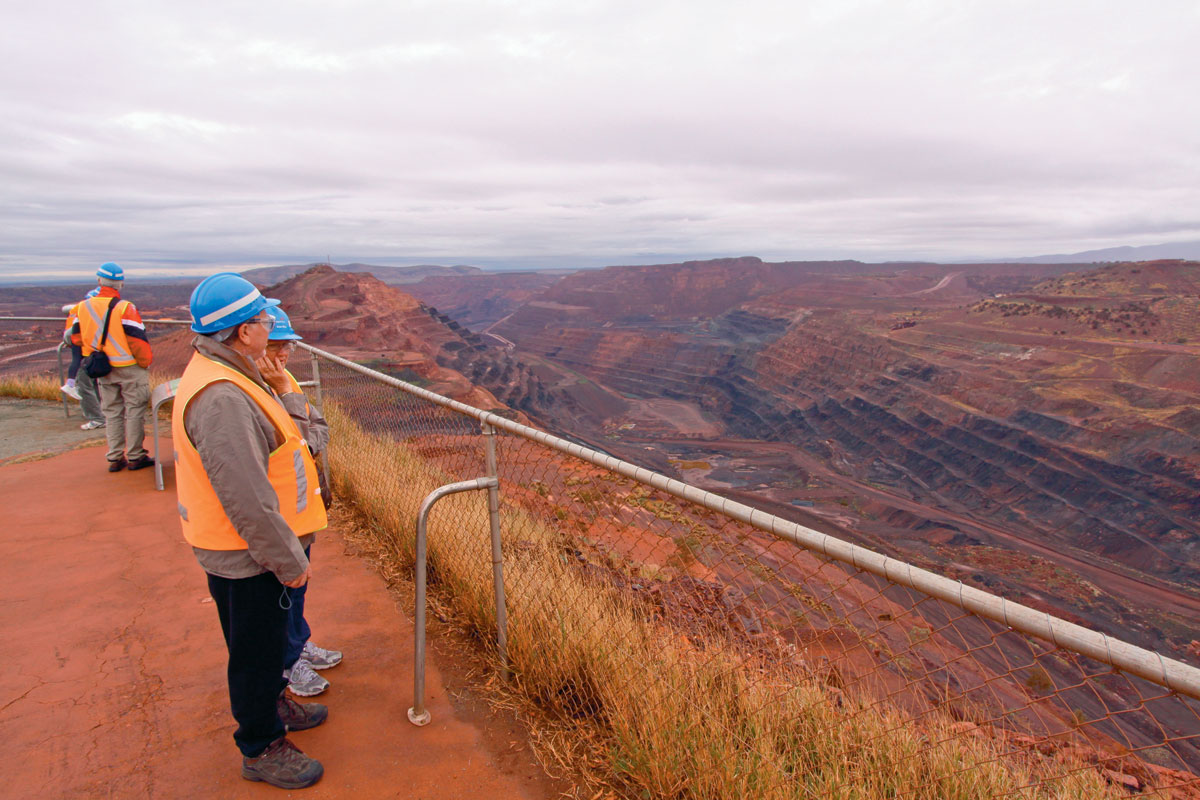 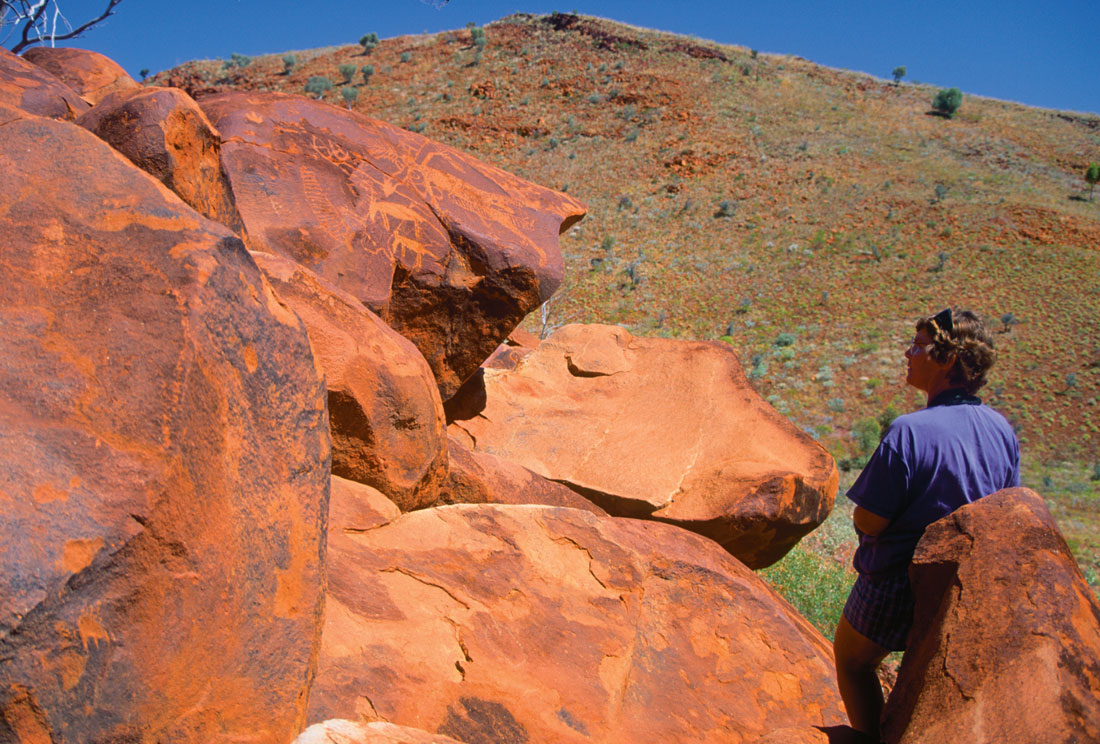 Pick up a Newman Outback Explorer Trail map at the Visitor Centre. This beaut trip takes you to a collection of picturesque pools, gorges and waterfalls through the Hamersley and Ophthalmia ranges. While at the visitor centre, you will also need to buy a permit to travel on the railway access tracks.

Heading north out of Newman, the first worthwhile stop is Ophthalmia Dam, 18km out of town. Built in 1981 to recharge the underground aquifers supplying Newman's water, it has a capacity of 31-million cubic metres of water. This is a great spot for lunch and a swim, but no camping is allowed. The dam is a popular sailing venue for Newman residents.

From Ophthalmia Dam head north along the railway access road and take a left along a single-lane sandy track to the Punda Aboriginal Art Site and Rockhole. Although this spot is not officially part of the Outback Explorer Trail, it's certainly a worthwhile deviation.

This isolated hillside is literally covered with petroglyphs depicting animals, people, spears, boomerangs and water symbols. This site is one of the best examples of Aboriginal rock carving to be found anywhere, and is definitely worth the trip in. Near to the art site you will find the Punda Rockhole, riverbed drive, steep cliffs, tall paperbarks, cassias, and the pretty solanum and mulla mulla wildflowers. The stark white of the river gums against the red soil and cliffs is particularly appealing along this trail.

Get back on the Outback Explorer Trail and head to Kalgan Pool. The 24km track is quite slow and partly eroded in some sections, but overall is an easy to moderate 4WD trail. Allow an hour each way.

The track to this pretty pool passes vivid red rock cliff faces that are quite magnificent in the late afternoon sun. The route to Kalgan Pool travels beside Kalgan Creek and, in some places, along the creek bed itself. The countryside here is extremely scenic with acacias and grevilleas adding colour along the track.

Kalgan is an ideal camping spot, with ample space for a number of campsites beside the pool. A tall cliff face dominates this waterhole and a rope swing has been rigged up to a lovely white eucalypt to allow the more adventurous quick access to the pool. But be warned, the water is very cold.

Retrace your steps back to Newman to visit Silent Gorge, just 12km out of town. Further on, Eagle Rock Pool on Coondiner Creek is another delight and another great spot to camp, fish and swim. From the pool the track winds on to the falls a couple of kilometres away. This section of track is quite rough, so the 30-minute walk up is your best bet.

A permanent spring forms beautiful pools and small waterfalls. Walking both up and downstream took us to some lovely swimming holes, through tropical vegetation (including paperbarks and large date palms) and a prolific amount of birdlife, including several hundred corellas amusing themselves in nearby trees.

No camping is allowed at Weeli Wolli and because it is on a private station visitors are asked to phone Marillana Station prior to arriving.

Just 1.6km off the Great Northern Highway, 75km north-west of Newman, Wanna Munna Pool is a natural pool that offers another opportunity to cool off. Some well-preserved ancient Aboriginal rock art in a tranquil setting is the real drawcard.

The carvings, like the Punda site, are fine examples of petroglyphs featuring many animal, human and symbolic shapes etched onto the walls in this small gorge. Wanna Munna is yet another great camping spot. There are no facilities offered at any of these sites so travellers must be self-sufficient for the duration of the trip. Or you can base yourself in Newman and make day trips out to the waterholes.