The faint scent of chimney smoke lingered in the morning air and our calves burned from the steep hike. Ahead, a group of wallabies loitered unperturbed on the path, waiting until the last moment to hop out of our way into the track-side scrub.

After a week of 4WDing through Tassie's gorgeous west coast,we'd emerged from the Western Explorer Highway the previous day and were now en-route to Devonport - around 90-minutes east - to board the Spirit of Tasmania. 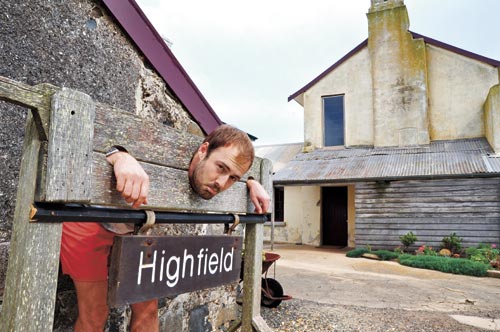 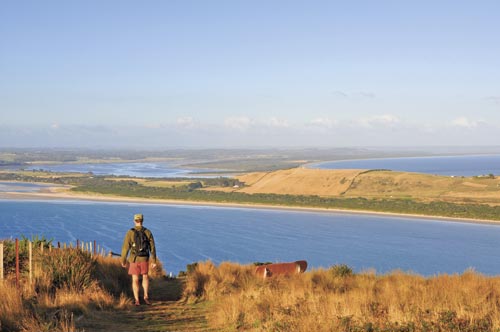 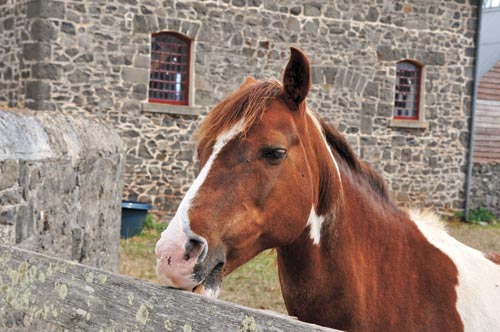 Having slept the night at the Stanley Cabin and Tourist Park,we'd risen early to miss the heat of the day (Tas was at the tail-end of a record-breaking heatwave) and climb the steep, zigzag path to the top of The Nut, a sheer-sided bluff which is all that remains of an ancient volcanic plug. Breathless and taking in the 360° view from the wide, flat summit, we realised the reward was worth every effort.

The town of Stanley has a lot to offer: charming 19th century cottages edging up to the expansive, blue waters of Sawyer Bay; the historic Stanley Hotel, with the oldest wine cellar on this coast;and the circa 1830s Highfield Historic House. But they all pale in comparison to this impressively ancient rock formation.

Standing 152 m above sea level and approximately 2km in circumference, Circular Head - commonly known as The Nut - is a volcanic plug that has stood over the immediate area for an estimated 13-million years.

The origins of its common name are somewhat dubious, but are believed to have come from the local Aboriginal people's name for the rock, Moo-Nut-Re-Ker, from a time long before The Nut was'discovered' and named Circular Head by Matthew Flinders and George Bass in 1798.

If The Nut is Stanley's patriarch, then its complementary matriarch comes in the form of Highfield Historic House, which stands on a promontory 3km out of town. Highfield was home to the Van Diemen's Land Company's chief agent Edward Curr from 1827, when he chose Stanley as the first site of European settlement in Tas' north-west. The grand estate has been fully restored and is open for tours.

The brochure at the caravan park described a visit to Highfield as "difficult to describe"… which made me chuckle. But ambling through the high-ceilinged corridors and over creaky and uneven floorboards, visiting the school chapel and the classroom above it built for Curr's 15 children, and ducking beneath the low-hanging ceiling of the staircase to the earthen-floor basement is an admittedly special experience.

The musty air, peeling wall paper and the original barn filled with rusty farm machinery provide an unusually tangible insight in to the area's fascinating, and significant, colonial history. The information signs in each room and the outbuildings tell the story of the Van Diemen's Land Company and the home's original inhabitants - including the tragic death of Curr's two-year-old daughter in an accident on the property, and the suicide of resident surveyor and architect Henry Hellyer.

Today, Stanley is home to a permanent population of fewer than 500. The main industries are fishing and, increasingly, tourism. In addition to The Nut and Highfield House, fairy-penguin tours -which the north coast of Tas is famous for - can be booked at the Stanley Hotel. Or sit quietly by the water at dusk and you might even spot one free of charge (we had no such luck). Seal cruises are also available, subject to conditions.

Most Tas travel itineraries prioritise places such as Cradle Mountain National Park, Freycinet, Bruny Island and, particularly for 4WDers, the western wilderness. But not to include the quaint seaside town of Stanley would be a sad omission. And, nestled as itis at the base of The Nut, it's rather hard to miss.

> Tasmania's peak travel season is in spring and summer(October to March). It can be very cold and wet in winter.

> You can climb The Nut via a steep zigzag track and a flat2km circuit, or take a chairlift ride to the top. Seal, platypus and penguin tours are available from $25 per adult. Visit
stanleytasmania.com.au/penguinsplaytpus.html

> The Stanley Cabin and Tourist Park is located on the water and has powered and unpowered campsites, and self-contained cabins.Visit http://www.stanleycabinpark.com.au/

> Contact the Stanley Visitors Information Centre on 1300 138229 or visit http://www.stanley.com.au/