Simply put, Wollemi National Park is the largest wilderness area in NSW. It forms part of the Greater Blue Mountains World Heritage Area and is just two hours’ drive from Sydney so it isn’t a question of why go there? It is a question of why not?

Wollemi National Park has all the typical offerings of a national park — the canyons, cliffs, rivers and forests, so there is a sufficient amount of beauty for you to take in over two to three days.

The area has held significance for aboriginal people for well over 12,000 years and this is evident throughout the park through stone arrangements, ceremonial grounds, grinding grooves, scarred trees and rock engravings. These ancient connections are worthwhile checking out as they form some of Australia’s indigenous culture and hold significance today still. 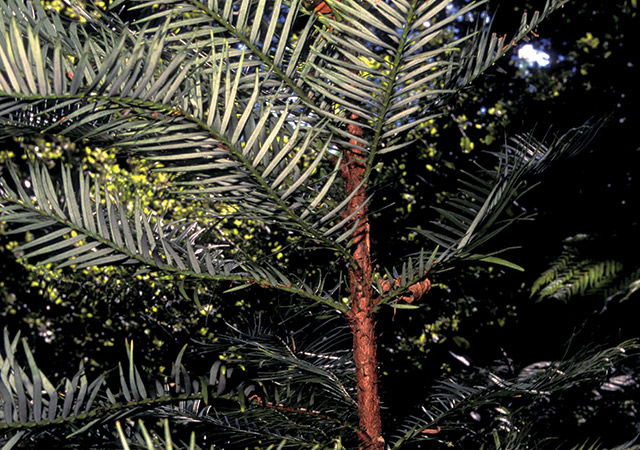 As mentioned the sights alone are a great reason to visit. Wollemi is a geological marvel and because of its ever developing landscape over the millennium, it has been sculpted beautifully. The Colo Gorge and its tributaries form one of eastern Australia’s most extensive sandstone canyons.

In the southeast of the park you’ll find Colo River, where you can set up the camper, picnic and be surrounded by the gorge. The 13.8ha Colo Reserve lies on the Colo River and is ideal for campers and picnickers. The camp is located in a peaceful bushland and you feel like you are a hundred miles away in the mountains. Another option is to set up camp by the Wolgan River and head out to explore the historic ruins at Newnes, once the site of an oil shale mining facility.

Chances are if you’re camping, then you’re an outdoors enthusiast. There is an abundance of hikes and climbing opportunities available, there’s also the option of a swim, a canoe or even horse ride.

If you're planning on staying outside the Wollemi National Park, there's a wide range of accommodation in the Blue Mountains area.

The park shelters a diverse amount of animals and plants. After a 90 million year hiatus, the rare Wollemi pine was rediscovered here in 1994. The park homes an array of species animals too such as; eastern grey kangaroos, red-necked wallabies and the elusive brush-tailed rock wallaby, as well as the beautifully marked broad-headed snake, regent honeyeater and glossy black cockatoo. Around 55 species of butterfly have also been recorded.

Day 1: Walking, Canyoning, Climbing, Abseiling, Liloing — do any or all of the above!

Day 2: Take a tour of the vast amount of aboriginal sites around the park and it’s canyons. Follow this up by camping by the Colo River and looking up in awe at the Colo Gorge.

Day 3: In the morning explore the historic ruins at Newnes, once the site of an oil shale mining facility. Other activities include a nearby Glow Worm Tunnel, part of the old railway that once serviced the area. After this low key morning amp it up and rev it up in the 4WD and explore some offroading tracks around the park.

Get more information on the Blue Mountains.