I've spent countless hours wandering through NSW's Barrington Tops and Gloucester Tops regions - sometimes on a dirt bike but just as often scooting around in my old Ford ute looking for photographs. I have vivid memories of clean trails, special views and creek crossings where we could pull up for a drink or have a bite to eat.

Some of my favourite parts are now closed (bummer) but you can still see a hell of a lot from a fourbie with a trailer behind in the Barrington Tops National Park. Scenic and peaceful places to camp and barbecue abound in this rugged slice of Gondwana, which rises virtually from sea level to about 1500m in a grand gesture of sedimentary rock and granite. For the indigenous people who lived here, the Wonnarua, Worimi and Biripi, it must have been heaven on earth. 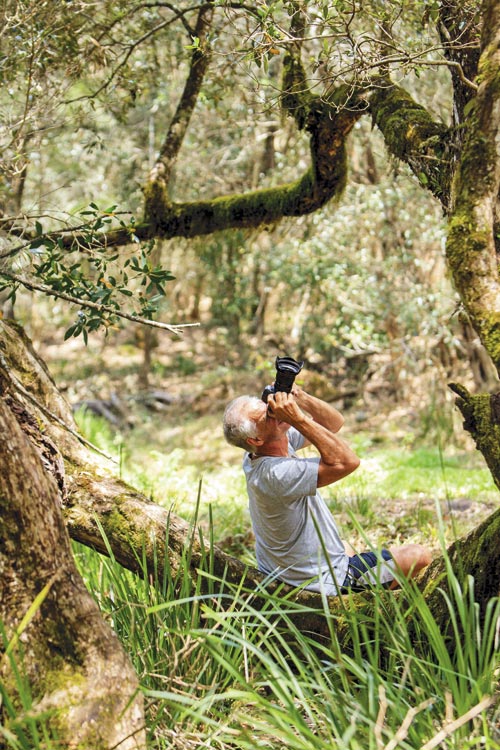 Getting there isn't difficult - you can't miss it. The 74,000 ha park is about 200km north of Sydney between the New England Highway to the west and the Pacific Highway to the east. The closest town on the westerly side is Scone, famous for its stud farms (oh my,those timber fences must have cost a fortune), while the biggest town in an easterly direction is Gloucester (pronounced 'Gloster',oddly). Gloucester has a wholly civilised air, outdoor dining, a nice little bakery where you can buy everything you shouldn't eat and good coffee. There's a well-equipped and friendly visitor information centre, a National Parks and Wildlife office, banks, a supermarket, pubs, a couple of service stations and the wonderful Gloucester District Park, one of the finest public spaces I've seen in any Australian country town. Here you can enjoy a picnic before heading north again on your journey towards Barrington Tops proper,or lay on the cool grass under a tree and contemplate how lucky you are to be alive in the here and now.

Many tourists coming from Newcastle or north there of will approach Barrington Tops countryside with a blush of bright green. You can also enter the park along the Barrington Tops Forest Road from a turnoff not far from Scone on the New England Highway, the route taken by those approaching from the north or west.

A word to the wise: many tourists confuse Thunderbolt's Way with Bucketts Way. Thunderbolt's Way does not begin on the Pacific Highway but at the roundabout in Gloucester. The road is actually signposted as Park Street and despite a concerted effort to have it changed, the NSW RTA stubbornly insists that it remains that way.

It's worth mentioning at this point that Barrington Tops National Park is literally surrounded by other national parks and state forests. It is but one in a large network of state-run reserves that begins in Tasmania and ends where the Australian landmass expires in a spiky pile of rock known as Cape York. You could entertain your family for months in this, perhaps the prettiest part of NSW, and never have to look at the same thing twice. And if you tire of the mountains and rivers and splendid vistas, you can always drive a couple of hours to the coast and shack up at, say, Myall Lakes NP, Port Macquarie or Forster(pronounced 'Foster', oddly) and start another kind of holiday altogether.

This is not a place that time forgot but it did slip the memory for a little while. Barrington Tops is thought to be an extinct volcano, part of the Mount Royal Range, itself a spur of the mighty Great Dividing Range that raises its head in Queensland before running the length of the Australian east coast and diving head-first into the Victorian central plains. According to experts, Barrington Tops National Park is one of a few places on the planet that still contains plants and animals bearing a family resemblance to their progenitors in the fossil record. And all this,miraculously, has remained largely unchanged by human activity.

The region's temperate forests have been described as a bushwalker and bird watcher's paradise, and that's a fair description. The walking track network is extensive and caters for everyone, from those who happily slog uphill for kilometres on nothing but a dry biscuit and 10cc of electrolyte, to those who believe that venturing further than 20m from the car is irresponsible and not to be conducted with anything less than a satellite phone and SWAT backup.

4WD tracks give access to hard-to-reach areas. Fishing is popular between October and May when rainbow and brown trout allegedly inhabit the waterways. While you fish, or just flounder around, one of the region's 300 bird species is likely to be keeping an eye on proceedings. If you're lucky it'll be a Carnaby's black cockatoo, a rainbow lorikeet or, if you're really lucky, a wedge-tailed eagle. Say what you will about Australia and its barren wastes; we have as fine a range of bird life as you'll see anywhere in the world. An explosion of riotous colour it is, and it's all free.

Like any place at all on the Australian east coast, Barrington Tops is best visited between March and June when temperatures are lower and there's less risk of finding yourself camped next to a busload of swamp people. Because of its natural beauty the area is heavily trafficked during holiday periods, so be prepared if you'revisiting at that time. Winter temperatures get low enough to generate snow in sub-alpine regions, so going in winter can beiffy.

In my opinion - and I'm driving around in a Stone Age ute - the major thoroughfare routes in the park are actually pretty good. The track into Little Murray Campground is a bit rough around the edges but we hauled 11 camper trailers through here for Offroad Camper of the Year so you shouldn't have too much trouble reaching the campsite if you're going in with a 4WD and a fair-dinkum rough-terrain camper. Some of the OCOTY test circuits were beyond the old fix or repair daily, and recovery gear is recommended if you intend to venture onto the 4WD trails.

You'll also find some bombing-range trails in the nearby Watagan Mountains, where rocks jump from place to place just to piss you off and there exists even less surface water than you'd find on Mars.

WHERE THERE'S A WILL…

The local folk hero is Frederick Wordsworth Ward, born in Windsor or thereabouts in the 1830s and named by parents who obviously hoped their gift from God would fare better in this world than he did.

Ward was sent to the penal establishment on Cockatoo Island for 10 years for being in possession of stolen horses. He was an excellent horseman. He was also guilty. But he obviously behaved well and was given a 'ticket of leave' after four years.

Later he would again be convicted and jailed for the same crime involving a single animal. This time it turned out that the horse had not been stolen but had merely run away from its pea-brained owner, none of which convinced the authorities to release the hapless Fred.

The indefatigable crime had high hopes of running a profitable bush ranging enterprise after escaping from Cockatoo Island and, in anticipation of a revitalised career, named himself Captain Thunderbolt. He was overly optimistic, but for six-and-a-half year she did cause quite a ruckus between the Hunter Valley and Qld.

Fred was killed in a shootout on May 25, 1870, at Kentucky Creeknear Uralla, not far from what is now the splendid city of Armidale. John George Balls was one of the policeman who had identified his perforated remains.

A road was named after the outlaw. No, not Fred Street but Thunderbolt's Way, a picturesque stretch of tarmac running through hilly farming country connecting Gloucester and, 30km south of the Qld border, the unremarkable town of Yetman, with its population of not quite 200. (Funny how we Aussies have no problem heralding and naming roads after bush rangers, but don't pay the same tribute to modern-day crimes. Can you imagine anyone opting to live on Milat Way? - Ed.)

> This is a wilderness area, and a mountainous one at that,which infers certain unpredictability. The weather changes quickly because mountains make their own weather, so don't be surprised if it's raining and cold in, say, November.

> The park is divided into southern, eastern and northern sections and invigorating walks are found in each. The ladies in the Gloucester Visitors Centre are an excellent source of first-hand regional info on everything.

> Scenic drives are a terrific feature of this park but you need decent maps to find your way around. Don't leave the camper without 'em.

> No camping areas exist in the southern section but you'll find campgrounds nearby in state forests on Barrington Tops. Gloucester Tops River Campground, positioned on a grassy patch of terrain next to a creek, is an exceptional place to unfold the camper.

> If you see a snake, leave it alone. And don't scream like I did. Snakes abhor screaming.