Hardfloor campers are popular these days, and for good reason. They’ve got plenty to offer the keen camper, and even more to offer the not-so-keen campers. I say this because they’re a pretty comfortable and, arguably, luxurious camper trailer compared to the basic designs we’ve seen in the past.

In terms of internal living space, they’re generally trumped only by softfloor campers, but they more than make up for this with a much simpler set up process. The guys at Mars Campers are pretty smitten with the hardfloor style of camper with seven different models to choose from. But it’s the all-new Voyager that’s got a lot of camper trailer buyers waiting in anticipation.

The Voyager is the result of a bucket-load of real world experience, plus plenty of market feedback and product testing. In fact, by the time you read this article, Mars’ national sales manager Celso Prado will be three quarters of the way through a mammoth trip across the top end of Australia doing product testing. I don’t know how he swung that one by the boss, but that gets a massive thumbs up from me. Why? Well, that sort of commitment tells me Mars Campers is genuinely interested in how its campers handle the real world. And, let’s face it: if it can handle the punishment of a trip like that, it can handle pretty much anything! 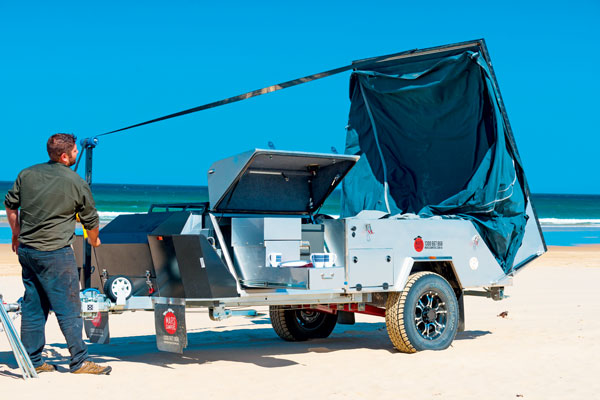 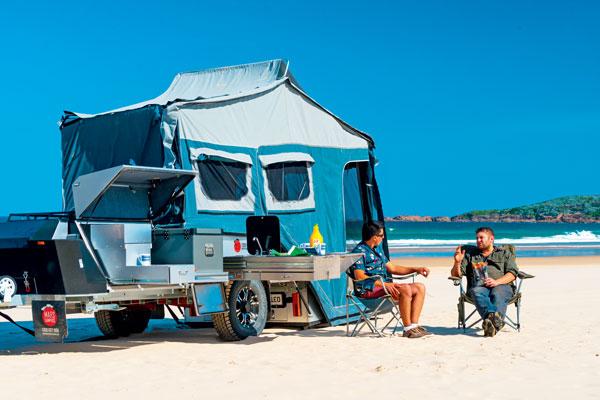 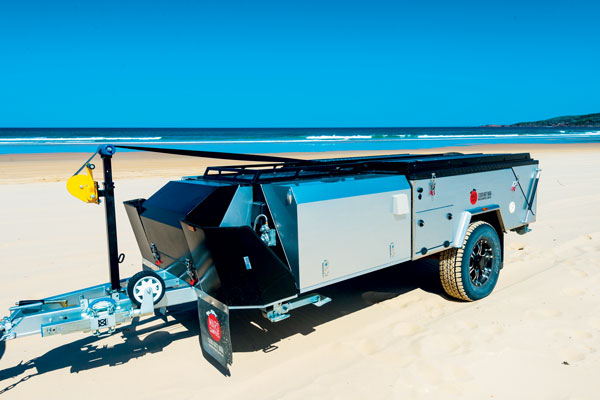 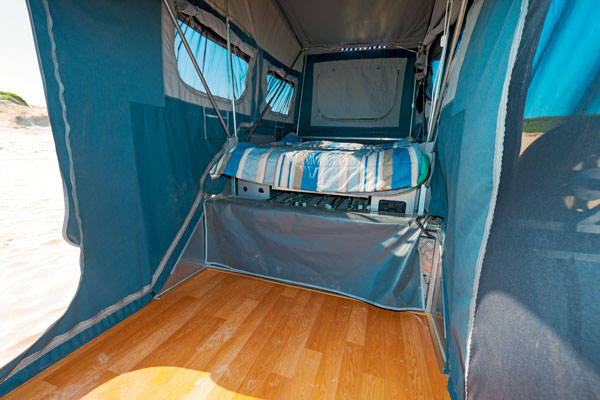 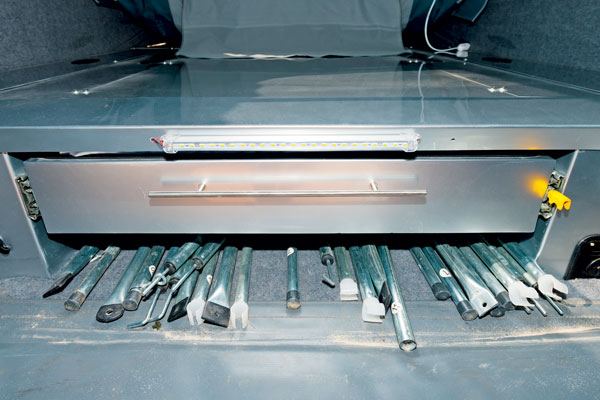 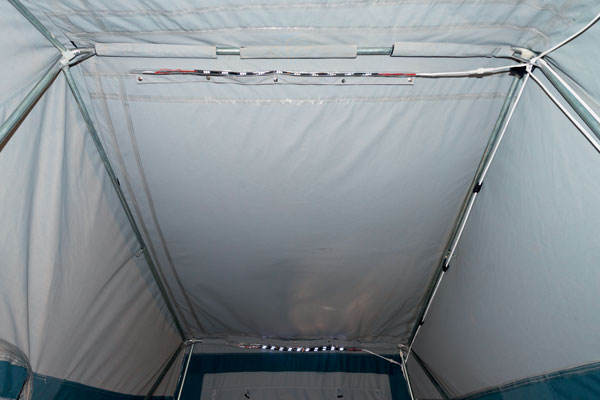 While this definitely isn’t Mars Campers’ first rodeo in the hardfloor camper department, the Voyager is the first of its kind for the brand. It looks similar to a bunch of other camper trailers available these days, but they’ve actually designed it from the ground up, putting plenty of emphasis on reliability along with a common sense approach to practicality.

The Voyager we had the pleasure of inspecting was actually the first one built, so I’d being lying if I said it was absolutely perfect. What I will say is that it’s got the makings of a great camper – once they sort a few of the bugs out, which I can all but guarantee won’t take long. I say this because the Voyager is not only here to stay, but it’s the model Mars really wants to prove to the rest of the market, almost like its flagship model. So you can bet your bottom dollar it’ll evolve into something really special with time. Righto, that’s enough talking about what it could be: let’s take a look at how it stands right now.

The comfort starts with the camper queen-sized bed, and extends to the sheer amount of head space the 12oz poly cotton tent allows, so you feel like there’s plenty of space inside, also helped by the near-straight end walls. While we’re on the topic of the tent, there’s no shortage of ventilation with several large windows screened with midge-proof mesh right around.

The floor of the camper feels nice and solid, which is all thanks to the rib braces underneath, or on top, depending how you look at it. Plus the floor’s nice and flat which makes sweeping up easy. Oh, and you’ll find there’s a flip-out step, which is a lifesaver when you’re trying to get into bed.

Camper trailers these days are just jam-packed full of value for money. Due to the Voyager that we reviewed here being a prototype model, no definitive pricing was available, however, Mars assures us that production models will retail for less than $20,000. We reckon that’s pretty good value for what you get, but let us know what you think!